At least 13 civilians have been killed in a US air strike targeting ISIL that hit a residential house in eastern Nangarhar province, an Afghan official says.

Esmatullah Shinwari, a Nangarhar politician, said on Wednesday that a crowd had gathered at the house in Achin district to welcome home a tribal leader returning from the Hajj.

He said at least six fighters loyal to the Islamic State of Iraq and the Levant (ISIL, also known as ISIS) were killed in the incident. According to Shinwari, 12 more people were wounded, including the tribal leader.

Mohammad Ali, the police chief of Achin, gave a different death toll to the AFP news agency, saying three civilians and 15 fighters were killed in the attack.

Hazrat Hussain Mashreqiwal, spokesman for the provincial police chief, said ISIL loyalists were the target. Afghan forces backed by the US military have battled ISIL fighters in Achin for months.

The spokesman for the US military in Afghanistan, Brigadier General Charles Cleveland, confirmed a “counterterrorism air strike in Achin district” early on Wednesday.

He said allegations of civilian casualties were being investigated.

“We … are currently reviewing all materials related to this strike,” said Cleveland in a statement. “US Forces-Afghanistan takes all allegations of civilian casualties very seriously.”

There was no information on whether it was an attack by a drone or a piloted aircraft.

ISIL first emerged in Afghanistan in late 2014 and has since violently challenged the much larger Afghan Taliban group in parts of the country’s east.

But the fighters have steadily lost territory in recent months because of stepped-up US air strikes and a ground campaign by Afghan forces in Nangarhar.

They are confined to two or three districts including Achin, according to Afghan and US officials.

Civilian and military casualties caused by NATO forces have been one of the most contentious issues in the 15-year campaign against armed groups, prompting harsh public and government criticism.

A US air strike killed eight Afghan policemen earlier this month in southern province of Uruzgan in the first apparent “friendly fire” incident since American forces were given greater powers to strike rebel fighters in June. 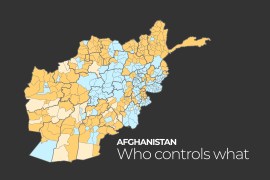 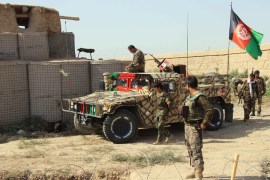