At least 12 Afghan soldiers have been killed at a checkpoint in a Taliban attack that was facilitated by two of the victims’ comrades in northern Kunduz province.

Mahmood Danish, the Kunduz governor’s spokesman, said on Tuesday the two soldiers helped the Taliban enter the base and then joined them in attacking their colleagues as they slept.

“The two soldiers fled after killing 12 sleeping colleagues in the Zazhil Khoman area of Kunduz,” he said.

Danish said a manhunt was on for the “rogue” soldiers.

Taliban spokesman Zabihullah Mujahid claimed responsibility for the attack. He said Taliban fighters overran the checkpoint, killing all the soldiers and seizing their weapons and ammunition.

The outpost was among many forming a protective ring around Kunduz city, which was briefly captured by the Taliban a year ago – the first time the armed group seized a provincial capital since losing power in 2001 after the US-led invasion.

In recent months, the Taliban have stepped up attacks across the country against Afghan security forces.

Insider attacks have plagued both Afghan and international troops in the country, depleting morale and causing mistrust within security ranks.

Authorities estimate about 5,000 Afghan police and troops were killed in 2015 – with an additional 15,000 wounded.

NATO, which helps to train and advise Afghan forces, warns the grim numbers are expected to increase this year. 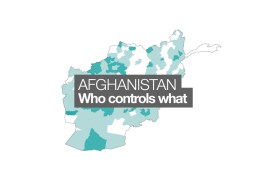 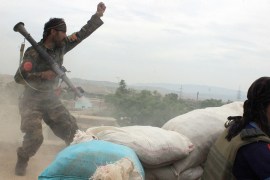 Just days after fall of key district in Baghlan, Khanabad, which links Kunduz to Takhar, slips from government control.