US President Barack Obama has vetoed a bill that would have allowed the families of the victims of the September 11, 2001, attacks to sue the government of Saudi Arabia.

In a statement accompanying his veto message, Obama said on Friday he had “deep sympathy” for the 9/11 victims’ families and their desire to seek justice for their relatives.

The president said, however, that the bill would be “detrimental to US national interests” and could lead to lawsuits against the US or American officials for actions taken by groups armed, trained or supported by the US.

“If any of these litigants were to win judgements – based on foreign domestic laws as applied by foreign courts – they would begin to look to the assets of the US government held abroad to satisfy those judgments, with potentially serious financial consequences for the United States,” Obama said.

Saudi Arabia denies involvement in the attacks on the World Trade Center and the Pentagon 15 years ago and has strongly objected to the bill.

The Justice Against Sponsors of Terrorism Act (JASTA) cleared Congress earlier this month just ahead of the 15th anniversary of the attacks.

Congress could override the veto with two-thirds majorities in both chambers, which is possible due to the measure’s broad bipartisan support. The White House has been working to convince politicians not to attempt such a move.

OPINION: 9/11 then and now – Terror, militarism, war and fear

New York Senator Chuck Schumer, a Democrat, issued a statement within moments of receiving the veto promising that it would be “swiftly and soundly overturned”.

A group of survivors and families also pressed Congress to uphold the legislation, calling Obama’s veto explanation “unconvincing and unsupportable”.

“This is just the latest snub of Saudi Arabia from the US Congress,” Al Jazeera’s White House correspondent Patty Culhane, reporting from Washington, said ahead of Obama’s veto.

“Two months ago, it released the so-called ’28 pages’ – documents from an investigation that had been classified for a decade. Those papers traced a link between some Saudi diplomats and citizens and the hijackers before the attack. The Saudi government has denied it was involved.”

Fifteen of the 19 men who carried out the attacks were Saudi nationals.

In a 2003 report, the US government’s 9/11 Commission said there was no evidence Saudi Arabia had funded al-Qaeda. 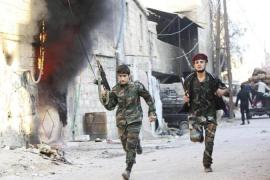 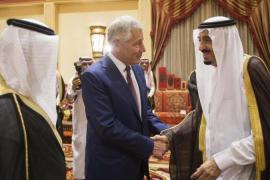