Piles of rubbish are once again clogging streets across Lebanon’s capital Beirut, only six months after the long-running waste crisis supposedly came to an end.

The waste-management problem started in July last year following the closure of Naameh, Beirut’s main landfill, due to overcapacity.

Piles of rubbish were left to pile up in Beirut and its surrounding mountains, while a lack of suitable alternative dumping grounds spurred protests over the government’s failure to find a solution.

In a bid to end the crisis, the Lebanese government announced in March a temporary three-year plan to clear the refuse, which included the re-opening of two already closed landfills and the establishment of waste treatment facilities.

But most of those promises have not been met, and rubbish piles are once again growing in Beirut suburbs.

“The government promised to set up new recycling centres and to establish a waste treatment facility, neither of which were ever done.”

Now that the rubbish has returned, activists are saying that the country’s political leaders still do not appear to have a meaningful plan to deal with the crisis.

“And also, it’s a political issue; people are refusing that the government [is going] to establish this big landfill just to dump the waste again without building a new treatment centre.”

Tyab, our correspondent, said that the return of the rubbish piles is once again damaging the environment and threatening people’s health.

“The concern now is that as the trash continues to pile up, so too is public anger,” he said, citing last year’s month of protests over the government’s failures to solve the problem.

“But without a clear strategy from the government, it would appear the rubbish was destined to return.” 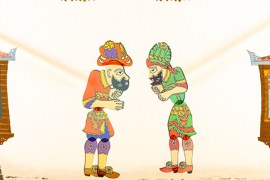 Like the Ottoman puppet show, Lebanon’s politicians are seen meeting and greeting each other while nothing gets done. 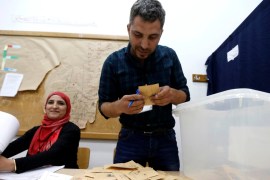