Feelings of frustration, disgust and fear are mounting among US voters, a poll has found, as many Hillary Clinton and Donald Trump supporters say their presidential choice is driven by a dislike of the other candidate.

Trump and Clinton supporters expressed similar levels of frustration, 55 percent and 53 percent respectively, and differed little in their feelings of disgust, 53 percent and 48 percent.

According to the poll, 33 percent of Trump supporters said the main reason for supporting the Republican candidate is that “he is not Clinton”, while 32 percent of Democrat Clinton supporters back her because “she is not Trump”.

The same percentage of Clinton supporters also listed her political experience as the main reason to vote for her, while 27 percent of Trump’s supporters chose him because he is a political outsider they believe will bring change, according to the poll.

Greater share of Clinton backers than Trump backers cite party loyalty as a major reason for their support https://t.co/0CKOxhJXbd pic.twitter.com/Mtoo3wSLN8

The research centre said that it characterised the views expressed as signs of “a negative campaign”.

“Majorities of Americans describe themselves as ‘frustrated’ and ‘disgusted’ with the campaign, while few declare themselves ‘interested’, ‘optimistic’ or ‘excited’. And these negative takes have only become more widespread over the course of the summer,” Pew said in its report on the survey.

Pew also noted that the majority of supporters of both candidates express concerns about their own candidate.

“I don’t like most things about him but I can’t stand Hillary,” said a 73-year-old supporter of Trump who took part in the survey.

A 36-year-old Clinton supporter, on the other hand, said: “She [Clinton] would make a fine president, but I am concerned about her trustworthiness”.

Many voters also had unqualified praise for their preferred candidate.

A 78-year-old woman supporting Clinton described her as “a seasoned veteran” who “can get things done”.

Pew surveyed 4,538 adults, including 3,941 registered voters online and by mail between August 16 and September 12. 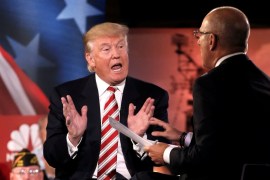 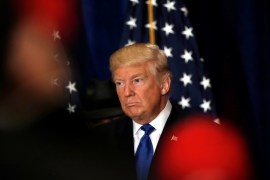 Donald Trump finally admits Obama was born in US

After years of casting doubt on President Barack Obama’s place of birth, Trump changes his mind – though no apology yet.