A court in Beijing has jailed a prominent Chinese human rights lawyer for 12 years on fraud charges, the latest verdict in China’s ongoing crackdown on human rights defenders and activists.

He was detained by Beijing police in November 2014 and Thursday’s sentencing comes amid a string of cases and subversion trials demonstrating the ruling Communist Party’s determination to silence independent human rights activists and government critics.

Xia has pleaded not guilty and his supporters say the case was another example of retaliation against a human rights advocate who had defended the rule of law and challenged the government.

“Xia Lin is not guilty. He has decided to appeal the court decision and we will file the appeal in the next few days,” Xia’s lawyer, Wang Zhenyu, told DPA news agency.

“His sentence is much stiffer than those given to dissidents in other trials that have happened in recent weeks and months in China,” he said.

“The courts are controlled by the Communist party so the verdict was never in doubt.”

Xia is one of more than 300 activists and lawyers who have been detained or summoned by police since last year. Over a dozen are believed to still be in jail.

Last month, four lawyers and human rights activists were convicted on subversion charges and sentenced to as much as seven-and-a-half years in prison.

Chinese President Xi Jinping has overseen a tightening of controls on civil society since assuming power in 2012, closing avenues for legal activism that had opened up in recent years.

While the government initially targeted political activists and human rights campaigners, it has increasingly turned its attention to the legal professionals who represent them.

Xia’s sentence was unusually tough, said Maya Wang, an Asia researcher at Human Rights Watch, and will “send a deep chill through the community of human rights lawyers who have been under a sustained crackdown under President Xi’s government in the past year”.

“That’s a smokescreen to cover the government’s real intent to go after any lawyer ready to take on high-profile human rights cases. Xia had been involved in many cases and that’s why he was given a horrendously high sentence.” 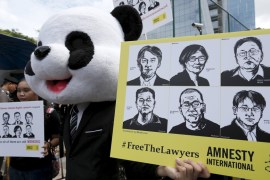 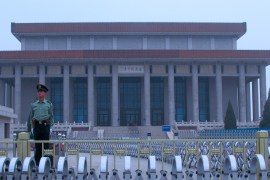 China’s web of torture and its critics