Turkish authorities have dismissed almost 28,000 teachers and suspended about 9,500 others over alleged links to “terrorism” as part of a crackdown following the failed military coup in July.

Speaking after a cabinet meeting, Deputy Prime Minister Nurettin Canikli said the teachers had been expelled from the profession and investigations of suspended teachers were continuing.

“As part of our fight against terrorism, necessary measures have been carried out on teachers along with other civil servants assessed to be linked with terrorist organisations,” Canikli said.

He added that 455 teachers who had previously been removed from duty had been reinstated after inquiries were completed.

His comments coincided with the start of a new school term on Monday.

The closures left some 200,000 students in academic limbo, wondering if they could continue their studies and worried about the black mark of a Gulen school on their college record.

Turkey has also sacked or suspended some 100,000 civil servants including judges, prosecutors, police officers and teachers since a group of rogue soldiers tried to topple the government. At least 40,000 people have been detained for suspected links to coup plotters.

Gulen, who has lived in self-imposed US exile since 1999, has denied the accusations and condemned the coup. The scope of the crackdown has raised concern from human rights groups and Turkey’s western allies, who fear President Tayyip Erdogan is using the abortive coup as a pretext to curtail dissent.

Thousands of teachers in the largely Kurdish southeast of Turkey have been targeted in recent weeks, with authorities citing their alleged links to the outlawed Kurdistan Workers’ Party (PKK). 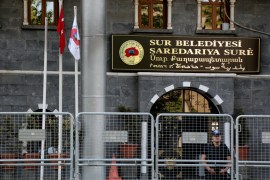 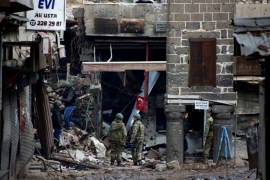 At least 186 PKK fighters killed, military says, as thousands of teachers with alleged links to the group are suspended.