Israeli soldiers shot dead a Palestinian man after he allegedly stabbed a soldier in the occupied West Bank, the Israeli military said, in the latest killing in a 24-hour spike in violence.

A spokeswoman said on Saturday that the “assailant armed with a knife stabbed an [Israeli] soldier” during a “routine security check” before being shot dead in the West Bank city of Hebron.

“In response to the immediate threat, forces at the scene shot the assailant, resulting in his death,” the spokeswoman was quoted by the Reuters news agency as saying.

It brings the death toll from the past 24 hours to five. On Friday, three Palestinians and one Jordanian were shot and killed by Israeli forces in separate areas across the occupied West Bank and East Jerusalem.

READ MORE: Death amongst the tourists of occupied East Jerusalem

Since October 2015, Israeli forces and settlers have killed at least 215 Palestinians, including unarmed demonstrators, bystanders and attackers.

During the same period, Palestinian attackers have killed at least 33 Israelis in stabbing, shooting and car-ramming attacks.

Palestinian leaders say the assailants have acted out of desperation over the collapse of peace talks in 2014 and Israeli settlement expansion in occupied territory. 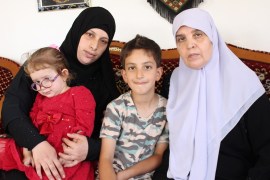 Iyad Hamed, a 38-year-old Palestinian with a cognitive impairment, was shot dead in Silwad last month. 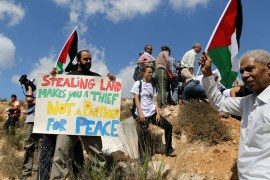