An Egyptian court has approved a freeze on the assets of five prominent human rights activists and three non-governmental organisations in a case related to accepting foreign funds without government authorisation.

Saturday’s decision paves the way for criminal proceedings against the defendants, who have been accused of “pursuing acts harmful to national interests”. They face life sentences of up to 25 years each if found guilty.

Gamal Eid, a vocal critic of President Abdel-Fattah el-Sisi, is among those affected by the order of the Cairo Criminal Court.

We know from the start the case is political and the aim is revenge against NGOs that expose the state's abuses.

“We know from the start the case is political and the aim is revenge against NGOs that expose the state’s abuses,” said Eid, the head of the Cairo-based Arab Network for Human Rights Information.

The assets of Hossam Bahgat, the founder and former director of the Egyptian Initiative for Personal Rights, will also be frozen.

The rulings can be appealed.

Bahgat, Eid, and nine others are also banned from travel in connection to the case that has been going on since 2011.

“We are calling for this unjust ruling to be quashed with immediate effect,” Amnesty’s Philip Luther said in a statement.

“This is a blatant misuse of the criminal justice system to prevent people speaking out about the rapidly deteriorating human rights situation in the country.”

Egyptian rights activists say they are facing the worst assault in their history amid a wider campaign to erase freedoms won in a 2011 uprising that ended Hosni Mubarak’s 30-year rule.

Civil rights in Egypt have been increasingly restricted since 2013, when el-Sisi, then army chief, deposed president Mohamed Morsi.

NGOs have felt exposed since late 2011 when authorities raided 17 pro-democracy and rights groups, accusing them of joining a foreign conspiracy against Egypt.

In 2013, a court ordered the closure of several foreign pro-democracy groups, including US-based Freedom House, and gave jail sentences to 43 NGO staff including 15 Americans who had fled the country.

A case against dozens of Egyptian NGOs and lawyers was never closed but remained largely dormant until this year.

None of the NGO staff summoned for questioning has been formally charged. Egyptian law allows prosecutors to freeze assets, ban travel and remand suspects in custody for extended periods without charge.

Independent United Nations experts said in April that Egypt is closing down domestic NGOs and putting travel bans on their staff in order to obstruct scrutiny of human rights issues. 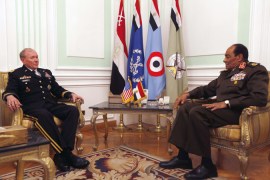 Egypt: The impact of the NGO case

Will lifting the travel ban on the NGO workers defuse the standoff that has plunged US-Egyptian ties into a crisis? 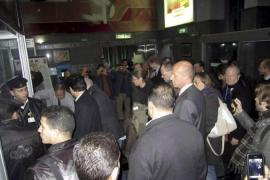 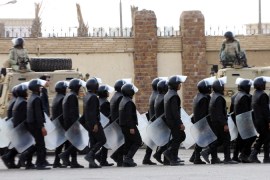