US Police departments in at least two states that fitted their officers with body cameras have now shelved them, blaming new laws requiring videos to be stored longer, which they say would significantly increase the cost.

About a third of the nation’s 18,000 police agencies are either testing body cameras or have embraced them to record their officers’ interactions with the public. But departments in Indiana and Connecticut suspended their programmes this year after their states imposed considerably longer video-storage rules.

Clarksville, a southern Indiana town just north of Louisville, Kentucky, began using body cameras in 2012 for its 50 full-time officers and 25 reservists. That programme ended in late June when Chief Mark Palmer pulled the cameras in response to Indiana’s new law requiring agencies using the cameras to store the videos for at least 190 days.

Palmer said his department’s video storage and camera maintenance costs had been between $5,000 and $10,000 a year under its 30-day video storage policy. But the new law that took effect July 1 would have raised those costs to $50,000 to $100,000 for the first year, he said, by requiring videos to be stored more than six times longer.

“This has really hit us hard. That’s not the kind of thing we budgeted for when we set this year’s budget in place,” Palmer said of his department in the Ohio River community of about 20,000 residents.

The adjacent city of Jeffersonville also shelved its 70 officers’ cameras for the same reasons, and other Indiana police agencies have delayed committing to the cameras while they monitor the new law’s impact.

Palmer said he is working with Jeffersonville police on ways they might be able to resume their programmes by holding down costs by sharing equipment with other agencies.

Civil rights activists have long called for police officers to wear body cameras, and even more so since the 2014 fatal shooting of Michael Brown, an unarmed black teenager, by a white officer in Ferguson, Missouri.

Jay Stanley, a senior policy analyst for the national American Civil Liberties Union’s Speech, Privacy and Technology Project, acknowledged that the costs of operating body camera programmes can be daunting. But he said that he is concerned that some departments might use the costs “as a cover” to avoid the added layer of oversight the cameras bring.

“There could be good reasons for a community not to adopt body cameras, but a police department’s desire to escape accountability is not one of them,” Stanley said.

At least eight states – Indiana, Oregon, Illinois, Nevada, California, New Hampshire, Nebraska and Georgia – have laws spelling out how long police departments must preserve the footage the cameras capture, according to the National Conference of State Legislatures.

Oakland County Sheriff Michael Bouchard, whose Michigan department covers Detroit’s northern suburbs, said he won’t equip his 900 officers with the cameras largely because his department’s startup costs for the cameras and storing the resulting videos for only 30 days would amount to more than $1m a year.

“For body cams it’s a deal-breaker. I won’t implement them,” he said. 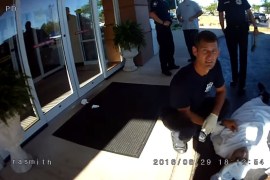 Man confronted by US police after false ISIL accusation

An Emirati man may take legal action after a Cleveland hotel clerk called the police fearing that he was ISIL. 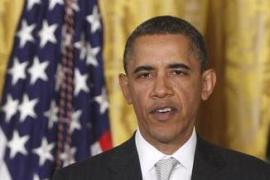