Malaysia has reported its first case of Zika – a woman who tested positive for the mosquito-borne virus after a visit to neighbouring Singapore, where 115 people have been infected.

The 58-year-old victim had shown signs of a rash and fever one week after coming back from Singapore late last month, officials said on Thursday.

“We are carrying out control measures against aedes mosquitoes near the woman’s home to prevent the spread of the virus,” Subramaniam Sathasivam, the Malaysian health minister, said at a news conference.

READ MORE: What is the Zika virus?

The Zika virus, which has spread through the Americas and the Caribbean since last year, is generally a mild disease but is a particular risk to pregnant women.

It has been linked to microcephaly – a severe birth defect in which babies are born with abnormally small heads and underdeveloped brains.

The US Centers for Disease Control and Prevention had said Singapore was the only Asian nation with active Zika virus transmission. Officials in the city-state reported the first locally transmitted infection on Saturday and said on Wednesday the number had jumped to 115.

“Over time, we expect Zika cases to emerge from more areas,” Singapore’s Minister for Health Gan Kim Yong said in a statement on Wednesday.

“We must work and plan on the basis that there is Zika transmission in other parts of Singapore and extend our vector control efforts beyond the current affected areas.”

Twenty-one Chinese nationals, 13 Indians, six Bangladeshis, and an Indonesian are also among the 115 cases of Zika reported in Singapore, foreign officials said.

Many are believed to be overseas workers at building sites in Singapore, although the Singapore government has not given details of the victims by nationality.

More than 55 million people pass through Singapore’s Changi airport every year. In the first half of this year, tourism arrivals topped 8 million, around 1 million more than a year earlier.

Zika is carried by mosquitoes, which transmit the virus to humans, but a small number of cases of sexual transmission have been reported in the US and elsewhere.

A case of suspected transmission through a blood transfusion in Brazil has raised questions about other ways Zika may spread.

There is no vaccine or treatment for Zika, which is a close cousin of dengue and chikungunya and causes mild fever, rash and red eyes. An estimated 80 percent of people infected have no symptoms. 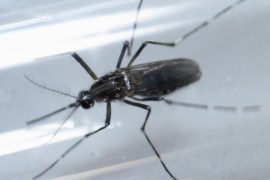 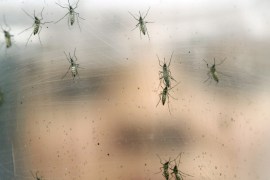 Florida yet to invite dedicated team to probe outbreak of virus which appears to pose greatest risk to pregnant women. 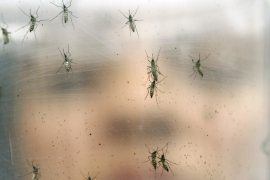