Indonesian authorities say they have arrested six people on Batam island who were believed to be linked to the Islamic State of Iraq and the Levant (ISIL) group and plotting an attack on nearby Singapore.

Agus Rianto, Indonesian police spokesman, said on Friday the suspects had been plotting with a member of ISIL, also known as ISIS, in Syria to attack Singapore’s Marina Bay, which is about 15km south of Batam.

“What we understand so far is that they were planning to attack vital objects, busy areas including police offices,” Rianto said.

Singapore said it had stepped up its internal and border security.

“MHA (Ministry of Home Affairs) is aware that plans were being made by the six terror suspects arrested by the Indonesian authorities,” a spokesperson for Singapore’s interior ministry said on Friday.

OPINION: The threats to Indonesia after the Jakarta attack

“Our security agencies have been coordinating closely with the Indonesian authorities since the discovery of this attack plot, to monitor the activities of the group and to apprehend those involved.”

The ministry said police and other agencies had been stepping up inland and border security measures in response to the threat.

The arrested men are suspected to have links to Bahrun Naim, an Indonesian fighting for ISIL in Syria, Indonesian police said.

Indonesian investigators believe that Naim was one of the masterminds behind an attack in January in Jakarta, in which eight people were killed including the four attackers.

Security officials fear that Naim and other ISIL leaders are now asking supporters in Indonesia and other countries to launch attacks at home, instead of being drawn to the fight in the Middle East.

“One thing I think that is clear is Bahrum Naim has been able to establish a lot of communication with a log of people through his social media network,” Sidney Jones, Jakarta-based security analyst, told Reuters news agency.

“This would be a departure for Bahrum Naim and his supporters if they were really thinking of attacking targets outside Indonesia.”

Indonesian forces were on heightened alert following the killing of the country’s most wanted fighters last month.

Abu Wardah Santoso, among the first Indonesians to pledge loyalty to ISIL, was killed in a gun battle with security forces on the island of Sulawesi. 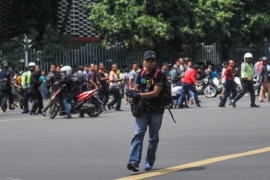 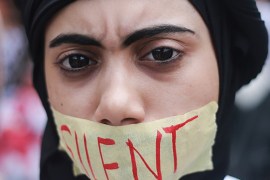 As ISIL loses territory in Iraq and Syria, the nature of the threat in Southeast Asia is set to change.