Toronto, Canada – Canada has announced the details of a long-awaited federal inquiry into missing and murdered indigenous women and girls.

Canadian Minister of Indigenous Affairs Carolyn Bennett said a national, independent commission would begin working on what has been described as a “national human rights crisis” on September 1.

Bennett said the commission would have the “historic” ability to gather information across Canada and she thanked the indigenous families that have already shared their experiences.

“It’s because of these courageous women and families, who knew something was very wrong, that we are here today,” Bennett said during a press conference at the Canadian Museum of History near Ottawa.

“They knew an inquiry was needed to achieve justice and healing and to put an end to this ongoing terrible tragedy.”

For over a decade, indigenous community leaders and human rights advocates across Canada have urged Ottawa to formulate a national strategy to address high rates of violence against indigenous women and girls.

In 2014, Canada’s federal police force, the RCMP, reported that 1,017 Aboriginal women were murdered across the country between 1980 and 2012 and another 164 women were still missing. More cases have been reported since then.

Marion Buller, the first female First Nations judge in British Columbia, will head up the five-person commission, which is tasked with examining the root causes of the violence, including racism, sexism and Canadian colonialism.

The commissioners will have the power to compel individuals to give evidence, including police officers, and gather documents, Bennett said. The inquiry will be able to issue recommendations that are non-binding.

“Our goal is to make concrete recommendations that will ensure the safety of our women and our girls in our communities,” said Buller, the chief commissioner.

The first part of the inquiry will run from September 1 to December 31, 2018, at a cost of $53.8m (CAD). Another $16.17m will fund liaison units to help families get information on specific cases.

“We cannot move forward until we face and recognise and put a stop to this ongoing tragedy. Until that time, our entire country will live under its shadow,” said Patricia Hajdu, Canada’s minister of status of women.

The inquiry was one of Prime Minister Justin Trudeau’s election campaign promises.

The Native Women’s Association of Canada (NWAC) welcomed “the leadership shown by the federal government” in setting up the inquiry.

“After 11 years of NWAC listening to the families of the missing and murdered indigenous women and girls in Canada, we are pleased that we now have a government who is prepared to listen and act,” said NWAC President Dawn Lavell-Harvard.

But the group also raised some concerns with the commission’s mandate.

Families will not have the chance to pursue or reopen cases through the justice system, and they will only have access to culturally based trauma counselling during their appearance before the Commission, not before or after, NWAC said.

The group also stressed that the Commission does not explicitly mention the role of provincial and territorial authorities in the process, or the need to work with justice partners to improve the system.

Alex Neve, executive director of Amnesty International Canada, welcomed the inquiry but also said “there are still doubts, uncertainty and concern” as to how it will examine Canada’s police and justice systems and include provincial and territorial governments.

These issues “are particularly preoccupying as they go to the very fundamentals of what this inquiry must address”, he said.

Perry Bellegarde, national chief of the Assembly of First Nations, an umbrella group representing indigenous peoples in Canada, said the inquiry sends a message to indigenous women and girls that “their lives are important, their lives matter.

“Systems that are broken need to be fixed,” Bellegarde said.

“It’s not only good for Indigenous peoples; it’s good for Canada.” 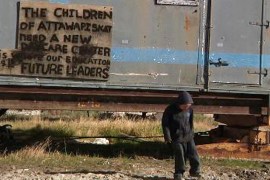