Australia is deliberately ignoring the inhumane treatment of refugees held on the South Pacific island of Nauru as a means of deterring others from attempting the journey to Australia, two rights groups have said.

Under Canberra’s immigration policy, people intercepted while trying to reach the country by boat are sent to a prison on Manus Island, in Papua New Guinea, or one in Nauru, both of which have been criticised for their harsh conditions and reports of abuse.

An estimated 1,200 men, women and children who sought refuge in Australia were transferred instead to Nauru as “part of an Australian government policy since 2012”, Al Jazeera’s Jonah Hull reported.

The joint report – compiled by researchers from Amnesty International and Human Rights Watch who were granted rare access to Nauru in July – is based on interviews with 84 refugees and asylum seekers from countries including Iraq, Iran, Pakistan and Afghanistan, in addition to service providers at the Australian-funded facility.

It alleges the Australian government could not be unaware of conditions at the centre.

“Failure to address serious abuses appears to be a deliberate policy to deter further asylum seekers from arriving in the country by boat,” said Hull.

Successive Australian governments have supported the policy, which they say is needed to stop people drowning at sea during dangerous boat journeys, which usually begin in Indonesia.

‘Cruel in the extreme’

“Adults and children spoke openly of having wanted to end their lives.”

Neistat, who conducted the investigation on the island, said Australia’s “policy of exiling asylum seekers” was “cruel in the extreme.

“Few other countries go to such lengths to deliberately inflict suffering on people seeking safety and freedom,” she said.

A spokeswoman for Australia’s Department of Immigration and Border Protection said it had not been consulted by Amnesty regarding the report. She could not confirm if Human Rights Watch had attempted to contact the department.

“The department therefore has had no opportunity to inform itself of these claims and would strongly encourage Amnesty International to contact the department before airing allegations of this kind,” she told the Reuters news agency on Tuesday.

David Manne, of the Australia-based Refugee and Immigration Legal Centre, described the Australian government’s reaction to the report as “both extraordinary and disingenuous.

“It stands to reason that as part of the attempts to enforce secrecy on the details of the arrangements that there have been severe restrictions on the ability of journalists to get into Nauru to report on these matters.”

Nauru, which charges foreign journalists nearly $6,000 for a visa application and restricts access to social networking sites such as Facebook, this year experienced a series of suicides and incidents of detainees hurting themselves in protests over their treatment.

Broadspectrum, an Australian corporation that runs the facility, and International Health and Medical Services, the facility’s main medical service provider, rejected the allegations when asked for comment, the rights groups said. 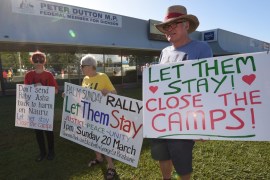 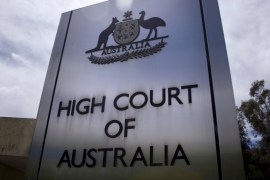