Social media users have expressed anger after a video posted online appeared to show two Muslim women in France being told to leave a restaurant by a man, reportedly the boss, who called all Muslims “terrorists”.

“Terrorists are Muslims, and all Muslims are terrorists. This sentence says it all, analyse it,” the man said in the video released on Sunday.

The incident reportedly took place the night before at the Le Cenacle restaurant in Tremblay-en-France, an area in the suburbs of Paris.

“People like you, I don’t want them here,” he continued, “you are imposing yourself here […] get out.”

The women, one of whom appeared in the video wearing a headscarf, said they would leave.

Reports in France said that the man apologised on Sunday to a group of young people and members of the local Muslim community who had gathered outside Le Cenacle to ask him to explain his comments.

The restaurateur reportedly said one of his friends had died in the attack on the Bataclan concert hall in November 2015.

In a message on Twitter, Laurence Rossignol, the French minister for families, children and women’s rights, said she had ordered an investigation and called for sanctions against the “intolerable behaviour” of the restaurant’s boss.

The man’s comments follow a fierce debate in recent months about Muslim integration and France’s interpretation of secular values, emerging after a string of attacks around the country.

Several French towns have recently taken the decision to ban a full-body swimsuit worn by some Muslim women, known as the burkini, in public, causing more uproar.

France’s highest administrative court on Friday suspended the ban in the Mediterranean town of Villeneuve-Loubet, pending a definitive ruling.

President Francois Hollande, along with other politicians, also came out last week to warn against “stigmatisation” of Muslims.

The footage of the incident at the restaurant has been shared widely on social media, garnering many reactions of concern for increasing Islamphobia in the country.

What happened at #Cenacle is disgusting. Now we can't eat where we want. We can't go to the beach dressed as we want. Second-class citizens.

One day, just one day without the feeling that apartheid is coming. Is that too much to ask? #Cenacle

Now in France, you have people kicking Muslims out of restaurants. I wonder who are not respecting republican values here #Tremblay #Cenacle

Another social media user, Peter Allen, said: “If you think mainstream racism is all a stunt in France, watch what happened to 2 women in Paris restaurant on Sat.”

In response to the incident, the Committee against Islamophobia in France said it would bring “psychological and legal assistance” to both women.

“What kills me in the scandalous video #Cenacle is the indifference of other clients,” the committee’s director, Marwan Muhammed, said on Twitter. 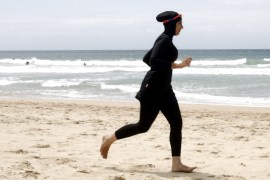 French Interior Minister Bernard Cazeneuve says a ban on the burkini swimsuit must not lead to “stigmatisation”. 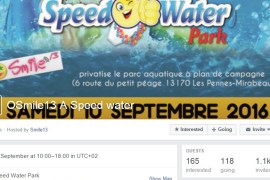