Venezuelan civil servants who signed a petition for a referendum on removing President Nicolas Maduro from power must be sacked within 48 hours, according to a spokesman for the ruling Socialist Party.

Five ministries have been given lists of employees in managerial posts who signed the petition in favour of a recall vote against Maduro, said Jorge Rodriguez, the president’s designated aide to monitor the opposition’s referendum drive.

“They have 48 hours to see to it that these people who are in so-called positions of responsibility – managerial jobs – get a different professional destiny,” he told a news conference on Monday evening.

Those who signed the petition had “publicly expressed their closeness to the Venezuelan right” and had no place in Maduro’s government, Rodriguez said.

“People who are against President Nicolas Maduro’s revolution cannot be in management positions… in ministries, public institutions, or state or local governments,” he added.

The lists of signatories were distributed to the food, finance, labour and basic industries ministries and the presidential office, he said.

Maduro, who succeeded his late mentor Hugo Chavez in 2013, is fighting for his political survival amid a deepening economic crisis that has caused severe shortages of food and basic goods.

The opposition coalition behind the referendum drive, the Democratic Unity Roundtable, submitted a petition to the electoral authorities in May with 1.8 million signatures calling for Maduro to face a recall vote.

They are racing to complete a bureaucratic maze to hold a referendum by January 10, the cut-off date to trigger new elections rather than simply transfer power to Maduro’s hand-picked vice president.

Accusing the electoral authority of stalling, they have called nationwide protests on September 1 to pressure officials to accelerate the process.

The opposition must still gather another four million signatures on a second petition to force a referendum.

The electoral authorities have not set a date for that step, which must be completed in just three days. 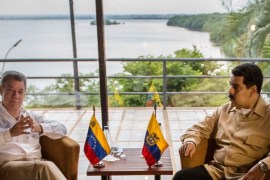 Decision comes a year after frontier was closed by Venezuela, now facing severe shortages due to an economic crisis. 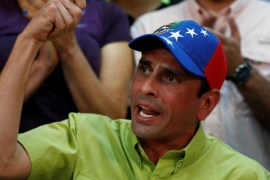 Opposition says it has collected double the number of signatures required to move forward bid for a recall referendum.