Libya’s UN-backed government in the capital, Tripoli, has suffered a major setback following a vote of no confidence by the country’s eastern parliament.

The vote on Monday by members of the House of Representatives, which is based in the eastern city of Tobruk, rejected the Tripoli administration’s proposed line-up for a government of national unity.

“The majority of lawmakers present at the parliament session voted no confidence in the government,” Adam Boussakhra, parliament spokesman, told the AFP news agency.

A Government of National Accord (GNA) – led by prime minister-designate Fayez al-Sarraj – was the result of a UN-brokered power-sharing deal struck in December.

Monday’s vote was the first since January, when the parliament rejected an initial list of ministers put forward by the GNA’s leadership, and the first since the UN-backed government began installing itself in Tripoli in March.

But the GNA, which had been seeking the Tobruk parliament’s endorsement for months, has struggled to unite the country and assert its authority beyond the capital city.

A rival government in the country’s east has refused to cede power until the House of Representatives passes a vote of confidence.

A total of 101 deputies attended Monday’s session, with 61 voting against the GNA, 39 abstaining, and only one voting in favour, according to officials.

Parliamentary sessions in Tobruk have been repeatedly delayed or blocked as opposition to the GNA has hardened.

GNA supporters, many of whom did not attend Monday’s vote, have previously complained that opponents of the UN-backed government have used physical force and threats to prevent voting from taking place.

Western powers have been counting on the GNA to tackle Libya’s security vacuum, revive oil production, and stem the flow of refugees and migrants crossing the Mediterranean Sea to Europe.

While forces aligned with the GNA have largely recaptured the coastal city of Sirte from the Islamic State of Iraq and the Levant (ISIL) group, it has struggled to assert control in other areas, losing support because of its inability to resolve a liquidity crisis, widespread power cuts and other problems.

The conflict has turned the country into a nexus for people-smuggling to Europe and has enabled ISIL, also known as ISIS, to gain a foothold on the southern shore of the Mediterranean. 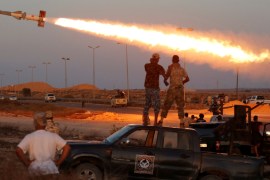 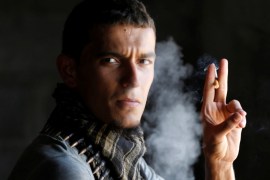