A military court in the Democratic Republic of Congo has begun the trial of 215 members of an armed group accused of killing hundreds of civilians in and around Beni town in the country’s northeast.

The remaining suspects will be brought from prisons elsewhere in the country to face trial.

Six suspects who took the stand on Saturday were accused of participating in the killing of 51 people with machetes near Beni town last weekend.

Appearing at the public hearing in blue and yellow prison shirts, the six were charged with “participation in an insurrectional movement, crimes against humanity for murder and terrorism”, said Colonel Jean-Paulin Esosa, who presides over the military court.

The accused admitted at the hearing to having been “at the service of the Allied Democratic Forces”, AFP news agency reported.

The ADF was founded in Uganda in 1995 and later moved to Congo where it is one among dozens of armed groups seeking control over territory and mineral resources in the east of the country.

One survivor of last weekend’s attack, Eve Kahambu, told AFP she wanted to see the “murderers” receive “the severest punishment”.

Human rights groups put the number of ADF victims at more than 1,000 over the past two years.

Many of the massacres have taken place around Beni and have been blamed on the ADF, although independent observers have also blamed government troops.

Four people were killed on Wednesday around Beni following protests by thousands of people who accused the government and UN peacekeepers of not protecting them from the ADF.

Security forces clashed with the protesters, who burned an effigy of the country’s president, Joseph Kabila, as well as flags of his ruling People’s Party for Reconstruction and Democracy.

Protesters also set two people on fire after they were accused of belonging to the ADF.

More than 140 protesters were arrested. 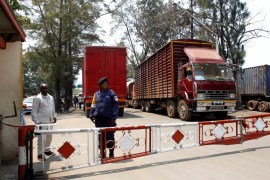 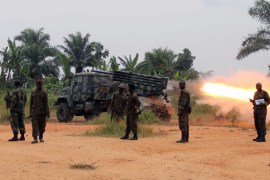 Protest in eastern DRC after deadly attack by rebels

Hundreds take to the streets of Beni town after machete attack by suspected Ugandan fighters left at least six dead. 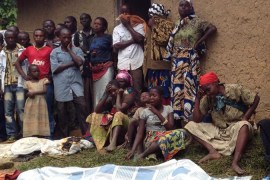 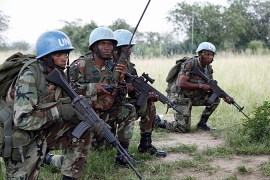 The UN is dispatching soldiers to scene of massacre in eastern Congo where 21 people were hacked to death.