Racial inequality is getting worse in the United Kingdom, with young black people and ethnic minorities suffering “institutional racism” and “unfairness” in the fields of education, employment and the criminal justice system, a human rights watchdog has said.

The Equality and Human Rights Commission (EHRC) said in its latest report on Thursday that race was the motive in 82 percent of hate crimes recorded in England and Wales, with the two nations witnessing an “unprecedented spike” since Britain voted to leave the European Union on 23 June.

The report, entitled Healing a Divided Britain, found that life chances for young people from ethnic minorities had got worse, becoming “the most challenging for generations”.

The report highlighted a 49 percent increase in long-term unemployment among 16 to 24-year-olds from ethnic minority communities since 2011, compared with a fall of 2 percent for young white people.

Black people remained much more likely to be victims of crime, including murder, and to be more harshly treated in the criminal justice system.

It said that although educational attainment had improved, black college graduates were typically earning 23 percent less than white graduates.

“If you are black or an ethnic minority in modern Britain, it can often still feel like you’re living in a different world,” David Isaac, the commission’s chairman, told Al Jazeera.

“If you look across the country, in relation to the way people live their lives, whether it’s in health, work or being part of the criminal justice system … the picture presents blacks, ethnic minorities, gypsies and travellers as second-class citizens.

Al Jazeera’s Neave Barker, reporting from London, said that the report reaffirmed what many Brits already held to be true about unfairness and racism in the UK.

“There’s nothing equal about Britain at all,” one black Londoner told Al Jazeera.

Omar Khan, the director of the Runnymede Trust, an equality-focused think-tank, accused the government of taking a “colour blind” stance in its submission to the UN Committee on the Elimination of Racial Discrimination earlier this week.

While the UN committee’s review found that Britain has some of the world’s strongest anti-discrimination legislation, it also “showed the gap between that legislation and the reality of continuing racial inequality in the UK”, Khan said. 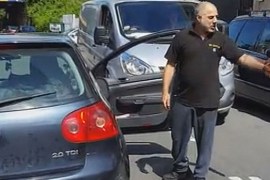 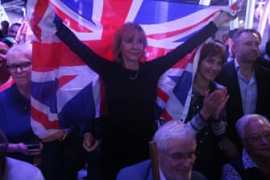 Europe cannot run away from its global role and turn more inward and selfish.

How divided is the UK post-Brexit vote?

Hate crimes are on the rise in UK after Brexit vote.