Police in Zimbabwe arrested the leader of the country’s once powerful war veterans’ association, in a growing crackdown on critics of President Robert Mugabe after a series of rare protests.

Victor Matemadanda, secretary-general of the Zimbabwe National Liberation War Veterans Association, was taken away by police at a court hearing of another colleague facing charges of insulting the head of state.

Detectives took Matemadanda from a group of independence war veterans, who had gathered outside the Harare court for the bail hearing of association spokesman Douglas Mahiya, the AFP news agency reported.

His lawyer, Beatrice Mtetwa, said Matemadanda has been accused of “undermining Mugabe”.

In a previous incident last week, he was arrested at his home in Gokwe, in northwestern Zimbabwe, but was released two days later.

Nhando last month declared that the relationship between Mugabe and the highly influential war veterans had “broken down”.

“They say they are no longer afraid. They have been told to come out on the 3rd of August and march in the city centre in defiance.”

Mugabe, 92, who has ruled since 1980, has faced a groundswell of opposition in recent months as the country’s moribund economy collapses and the government struggles to pay its workforce.

Previously loyal supporters of the president, the war veterans released a highly critical statement two weeks ago attacking Mugabe as “dictatorial” and accusing him of being unable to address Zimbabwe’s problems.

“When we find out who the people were … the punishment will be severe,” Mugabe said, referring to unsigned authors of the war veterans’ statement.

A new non-partisan opposition movement known as #ThisFlag has also galvanised anti-government sentiment in Zimbabwe, where security forces have crushed signs of dissent for decades.

The state did not want the spokesman for the war veterans released, saying he could “incite public violence”.
But the court ruled against this.

Last month, a one-day strike shut down offices, shops, schools and some government departments as people protested over an economic crisis that has delayed salaries for civil servants and the military.

More than 90 percent of the population is not in formal employment after years of economic decline under Mugabe’s rule. 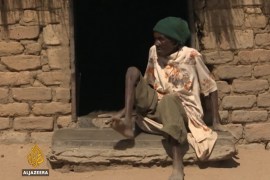 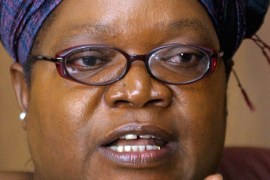