A senior North Korean diplomat based in London has defected to South Korea, becoming one of the highest-ranking Northern officials to do so, the South Korean government said.

Thae Yong Ho, minister at the North Korean Embassy in London, has arrived in South Korea with his family and is under the protection of the South Korean government, Seoul’s Unification Ministry said on Wednesday.

Ministry spokesman Jeong Joon-Hee said Thae told South Korean officials that he decided to defect because of his disgust with the government of North Korean leader Kim Jong-un.

Thae “aspired for freedom in South Korea, and thought about his children’s future”, Jeong was quoted by The Korea Times as saying.

Thae was the second-highest official in North Korea’s embassy, and is the most senior North Korean diplomat to defect to South Korea. In 1997, the North Korean ambassador to Egypt fled but resettled in the United States.

Jeong refused to give further details about Thae’s defection, citing possible diplomatic problems with a concerned country he did not identify.

South Korea does not always make high-level defection cases public. Its revelation of Thae’s defection came as its ties with its rival North Korea are at one of their lowest points in decades over the North’s nuclear ambitions.

The news comes as North Korea confirmed to Japan’s Kyodo news agency that it has restarted plutonium production at its Yongbyon nuclear plant.

North Korea conducted its fourth nuclear test in January, and South Korea has been working hard to apply more international pressure on the North.

Jeong said Thae’s defection could be a sign that unity in Kim Jong-un’s ruling class is weakening.

Analyst Chang Yong Seok at Seoul National University’s Institute for Peace and Unification Studies disputed that assessment, saying there are no clear signs that Kim’s grip on power is being challenged.

“These have all been isolated cases that weren’t followed by a chain of defections by other officials,” he said.

Ramon Pacheco Pardo, senior lecturer in international relations at King’s College London, said a diplomatic defection “could prove very valuable to South Korea, the US and other countries”.

He said it would allow intelligence services and military forces in other countries to learn more about the level of support that Kim Jong-un enjoys, as well as the North’s nuclear and missile programmes.

Thae had worked at the North Korean Embassy in London for about 10 years, the Yonhap news agency said. Previously, he worked at its now-closed embassy in Denmark and spent a short period of time at its embassy in Sweden, it said.

More than 29,000 North Koreans have defected to South Korea since the end of the 1950-53 Korean War, according to South Korean government records. 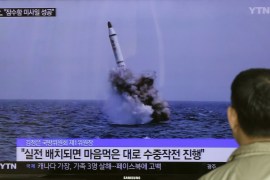