A fuel tanker that disappeared from a Malaysian port was likely taken by its own crew in a dispute with their employer, Indonesian authorities have said.

The Vier Harmoni, which is carrying 900,000 litres of diesel, sailed into Indonesian waters on Wednesday after it dropped out of contact on Tuesday evening.

Malaysian and Indonesian maritime authorities are still searching for the vessel but ruled out a hijacking, which was earlier reported by several news agencies.

The captain of the vessel twice informed his employer that he was taking the ship back to the Indonesian island of Batam because of an “internal management problem”, the AFP news agency reported later on Wednesday.

Al Jazeera’s Step Vaessen, reporting from the Indonesian capital Jakarta, said the tanker was near Batam and the crew were believed to have “no intention of selling the oil”.

“Malaysian and Indonesian authorities are not calling this a hijacking, or an act of piracy; they’re calling this an internal dispute,” she said.

For years, gangs of armed thieves have targeted small tankers operating off Southeast Asian coasts, looking for marine diesel and oil to steal and then sell.

The ship had sailed from the Tanjung Pelepas port, in Malaysia, on Monday.

In June last year, pirates hijacked the Orkim Victory, a Malaysian tanker, and pumped the oil from it into another tanker before releasing it. 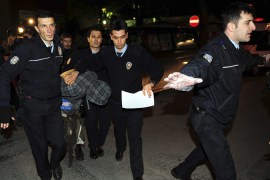 Suspect tackled after attempting to storm cockpit on flight from Norway to Istanbul, Turkish media report. 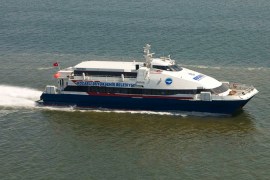 Lone assailant killed as security forces raid boat in Sea of Marmara with at least 20 people on board, officials say.