Russia says it has deployed long-range S-400 missile systems in Crimea amid heightened tensions with Ukraine.

The surface-to-air missile system – which can hit targets up to 400km away with an altitude of up to 30km – is one of the most advanced in the Russian arsenal.

The Russian military plans to demonstrate such systems during a series of exercises called Caucasus-2016, scheduled for next month.

Earlier this week, Russian President Vladimir Putin pledged to ensure the security of Crimea on allegations that Ukrainian military forces were planning to blow up critical infrastructure on the peninsula.

Ukraine has adamantly denied such allegations, with Ukrainian President Petro Poroshenko calling them “preposterous” and putting his country’s military on combat alert.

On Friday Ukraine accused Russia of plotting further unrest as the international community sought to ease tensions after the two sides tightened security around the Crimean peninsula.

Federica Mogherini, the European Union’s foreign affairs chief, reiterated the bloc’s support for Ukraine, saying it did not recognise the “illegal annexation of Crimea”, while urging both sides to avoid any actions which could further escalate tensions.

Both sides have in response boosted security around the region as the feud over Crimea has unexpectedly flared up again, prompting fears of a wider conflict.

Ukrainian troops near the peninsula and along the frontline with pro-Russian separatists in two other eastern regions have been placed on high alert.

The government of Ukraine also accused Russia of increasing its forces, replenishing munitions and building up military hardware in the war-scarred east of Ukraine.

Dmitry Medvedev, Russian prime minister, followed up angry accusations from President Vladimir Putin by branding Kiev’s alleged raids in Crimea “a crime against the Russian state and the people of Russia”.

He warned that Putin could sever diplomatic ties with Ukraine if “there remains no other way to influence the situation”, Russian news wires reported.

Russia occupied and annexed Crimea two years ago in response to Ukraine toppling its pro-Russian president amid mass protests calling for closer ties with the West. 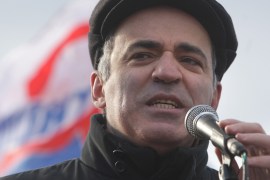 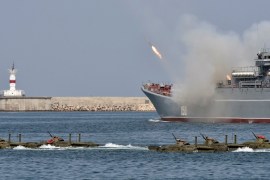 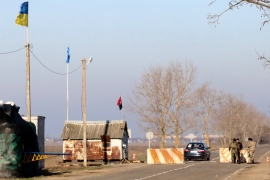