An arrest warrant has been issued for a Jordanian writer after he allegedly shared a cartoon on social media that was deemed highly offensive to Muslims.

The warrant for writer Nahed Hattar was issued on Friday after he failed to appear for questioning over the cartoon posted on his Facebook page.

It is not known who produced the cartoon, which shows a fighter from the Islamic State of Iraq and the Levant (ISIL, also known as ISIS) sitting next to two women and asking God to bring him a drink.

‘Did not mean to offend’

The backlash against Hattar was immediate with Jordanian social media users lambasting the writer for sharing the cartoon and accusing him of being anti-Islam and purposely causing offence to Jordanian Muslims.

Social media users also called on the government to question and arrest Hattar, and some attacked him for being Christian and a secularist.

Attempting to explain his motive for sharing the cartoon, Hattar said that he did not intend to cause offence to Muslims and wanted the cartoon to “expose” ISIL and the Muslim Brotherhood.

“I did not mean to offend the believers. Instead, I was trying to expose how terrorist Daesh [the Arabic acronym for ISIL] militants and the Muslim Brotherhood envision God and heaven,” Hattar said in one explanation.

In a second explanation, Hattar said that “as a non-believer” he respected “the believers who did not understand the satire behind the cartoon”.

However, Hattar’s comment about Jordan’s Muslim Brotherhood, an organisation that was founded in 1945 as a political and religious group and whose members have served in the country’s parliament and government, could be considered libellous, which is a crime under Jordanian law.

Jordan’s Muslim Brotherhood issued a statement in response to Hattar’s comments that called on the government to take strong measures against those who publish seditious material that undermined national unity.

ISIL is considered a foreign illegal group under Jordanian law, and expressing any form of support for it is illegal.

“This whole controversy was politically motivated by Hattar and his opponents who took advantage of this issue to take revenge against him for his controversial and often offensive political stances,” Jordanian writer Fahad al Khitan said.

Khitan described Hattar as a “fool” for “making a big mistake”.

Hattar is an outspoken supporter of Syrian President Bashar al-Assad and has described those who oppose the Assad regime as “terrorists” or “terrorist sympathisers”.

Hattar has also been an outspoken advocate of depriving Jordanians of Palestinian origin of their legal and civil rights in Jordan. He has called for an exclusive, East-Bank Jordanian identity without its Palestinian component.

“Hattar is a racist and bigoted individual,” Jazi said, but opposed attacking the writer for being secularist or Christian.

“Hattar is not claiming to write from a Christian perspective, and is a self-proclaimed ‘non-believer’,” she said.

“If he is to face legal consequences for his actions, it should be for accusing the Muslim Brotherhood organisation of terrorism, a libel under Jordanian law, not for sharing a cartoon,” she added. 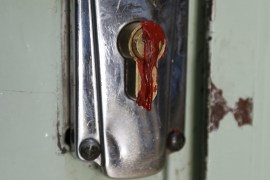 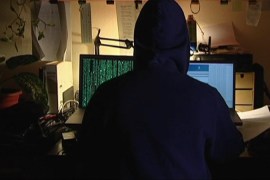