Abdullah Abdullah, Afghanistan’s chief executive, has criticised President Ashraf Ghani for failing to work collaboratively and deemed him undeserving to serve the government.

The televised remarks late on Thursday raised fresh questions about the stability of the coalition formed in 2014 after both Ghani and Abdullah claimed victory in a presidential election and there were fears of armed clashes between their supporters.

The post of chief executive was created for Abdullah, a former foreign minister, as part of a US-brokered deal to end deadlock over the election.

But he complained that he had been left out of key decisions, and depicted Ghani as arrogant and out of touch with the deteriorating situation in the country.

“The government is paralysed and ministers do not have the chance to speak. [Ghani] provides a one-hour lecture but he should listen to the ministers for 15 minutes,” he said.

“If someone does not have tolerance, they do not deserve the presidency.”

Ghani’s office was not immediately available to respond.

While rivalry between the camps has been no secret, until now, Abdullah largely kept his complaints private.

The government has yet to officially confirm Abdullah’s position past a September deadline that had been set for doing so, or to clear up the problems that plagued the last election.

Despite the criticism, Abdullah said he would not leave the unity government and said he planned to meet Ghani to discuss their differences.

Abdullah’s criticism comes at a particularly sensitive time, as Taliban fighters have made considerable gains in recent month in different parts of the country.

Fresh fighting erupted on Thursday in Helmand after the government rushed military reinforcements to beat back Taliban fighters advancing.

But US and Afghan officials insist that they will not allow another urban centre to be captured, after the Taliban briefly overran northern Kunduz city last September in their biggest victory in 15 years of war.

“The security situation in Lashkar Gah [capital of Helmand province] is under our control,” Dawlat Waziri, defence ministry spokesman, said.

“We have retaken control of Nawa. Fighting is still going on in the outskirts but we are making progress with clearance operations.”

Dozens of Taliban fighters were killed in the clashes, according to Waziri.

About 30,000 people have been displaced in Helmand in recent weeks, local officials said, with many of those fleeing to Lashkar Gah forced to abandon their lentil, maize and cotton crops during the lucrative harvest season.

“We left everything behind in Nawa; our house, our grape and maize harvests. We fled with 15 members of my family to Lashkar Gah, fearing for our lives,” Mohammad Ali, 40, told AFP in a camp in the provincial capital.

“For the last three days we have been surviving on bread and water. We will die of hunger.”

In another development, Doctors Without Borders (MSF) said it had shrunk the size of its team in Lashkar Gah, with some non-medical staff leaving the city.

“We’ve shared coordinates of our 300 bed hospital to approaching warring parties in Helmand,” the international medical charity announced via Twitter.

NATO officially ended its combat mission in December 2014, but US forces were granted greater powers in June to strike at the armed groups as President Barack Obama pledged a more aggressive campaign.

“The situation in Helmand remains contested,” NATO said in a statement.

“While there is clearly an increase in fighting, the Taliban have suffered a number of casualties and [Afghan forces] have been able to recover many checkpoints.”

Government forces have suffered heavy casualties since taking over full responsibility for security after most foreign troops withdrew at the end of 2014. 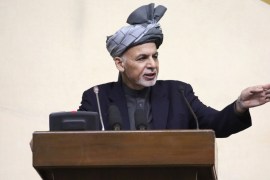 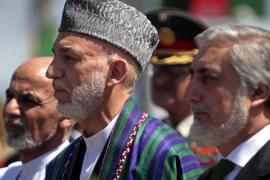 As both contenders for the presidency see the end of the electoral debacle approaching, they’ve draw 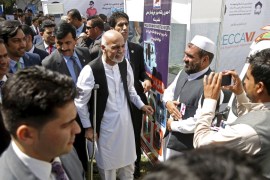