After a slow start to India’s wet season, much of the country is now under the influence of the regular downpours that the southwesterly monsoon brings.

As welcome as they are, these rains nearly always lead to widespread floods, and this year is no exception. The worst of those floods currently lie across northern, central and western India.

In the northern state of Uttarakhand, at least 40 people are feared dead in floods brought on by the annual downpours. Thousands remain stranded after landslides which have blocked hundreds of roads.

Similarly, most of Madhya Pradesh has been lashed by torrential rainfall over the past few days. Many districts are almost completely submerged, with Rewa and Satna among the worst affected.

The state capital, Bhopal, had 196mm of rain the 24 hours up to 06:00 GMT on Saturday. This may be the wettest time of the year, but that is almost 60 percent of the entire June average rainfall of 331mm.

People in some areas have been forced to leave their homes and take shelter in higher areas. The army and home guards have been called in to carry out rescue operations.

Flash floods triggered by heavy rainfall have also wreaked havoc in India’s northeastern Assam state. Nearly 20 villages in Jorhat district have been cut off by the high waters.

India’s monsoon rains were 35 percent above average in the week ending July 6. That figure was as high as 57 percent above the norm for the northwestern part of the country.

The June-September monsoon has so far delivered 1 percent higher rainfall than average. That may sound good, but the unevenness of distribution is made clear when you view the figures closely.

The seasonal rain across the northwest from June 1 to July 6 is 19 percent above average. However, India’s east and northeastern regions still have a deficit of 17 percent. Their wettest spell should set in over the next few weeks. 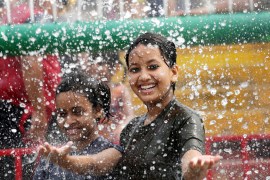 Seasonal rains make a late but steady push across the country. 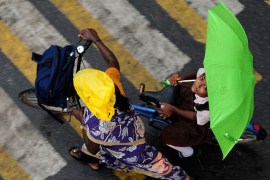 The Indian monsoon has arrived on the mainland

The seasonal rains are a week late but are still forecast to be better than average. 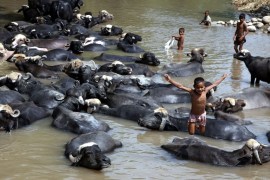 After a late start, pre-monsoon showers bring heavy rain to southern India, but the proper rains are yet to arrive.