The United Nations has called on Iraq to prevent militias fighting alongside government forces against the Islamic State of Iraq and the Levant (ISIL, or ISIS) from taking revenge on civilians and to clarify the fate of hundreds now missing.

A Shia militia working alongside Iraqi army troops to retake the city of Fallujah from ISIL in early June may have abducted nearly 900 civilians and executed nearly 50 others, some by beheadings and torture, according to the UN’s top rights official.

UN rights chief Zeid Ra’ad al-Hussein said in a statement on Tuesday that the government-linked Kataib Hezbollah militia had abducted around 1,500 men and teenage boys on June 1 as they fled the village of Saqlawiyah near Fallujah.

The disappearances, coupled with one of the worst single suicide bombings to date in Iraq on Sunday, “increase the likelihood of a renewed cycle of full-throttle sectarian violence,” said Hussein.

“This appears to be the worst – but far from the first – such incident involving unofficial militias fighting alongside government forces fighting against ISIL,” he said.

Witnesses said the fighters, who allegedly carried Iraqi flags alongside the Kataib Hezbollah flag, hailed the villagers with a loudspeaker, promising them they had nothing to fear.

The prisoners were separated into two groups on June 5. The first group, of around 600 men and boys, were taken to join women and children at nearby displacement camps. The fate of the other 900 is unknown.

The Shia militia, allegedly funded by Iran, was designated by the US government as a “terror” organisation in 2009 due to its attacks on coalition troops, but the group now primarily fights alongside Iraqi government troops against ISIL as part of the Shia-dominated Popular Mobilisation Forces.

Shortly after the first group of detainees was released, an Anbar governorate official told Human Rights Watch that “hundreds” of the former detainees received at the Amiriyat al-Fallujah hospital showed signs of torture including knife cuts, burns, rape and beatings.

Witnesses said militia members had vowed to take “revenge for Camp Speicher”, referring to a massacre carried out by ISIL in 2014 during which nearly 1,700 Shia Iraqi Air Force cadets were killed on their in Tikrit.

“It is intensely worrying, particularly given the references made to revenge for the Camp Speicher massacre,” said Hussein.

“There is a list of the names of 643 missing men and boys, as well as of 49 others believed to have been summarily executed or tortured to death while in the initial custody of Kataib Hezbollah.

“Tribal leaders believe there are around 200 more unaccounted for, whose names have not yet been collected.”

Iraqi Prime Minister Haider al-Abadi has reportedly launched an investigation into the disappearances, although no information on the probe’s progress has been made public.

And as the Iraqi army and its allied Shia militias prepare for the next offensive to retake the ISIL-held city of Mosul, the armed group’s stronghold in Iraq, there is growing concern over further abductions and killings.

“People who escape from ISIL should be treated with sympathy and respect, not tortured and killed simply on the basis of their gender and where they had the misfortune to be living when ISIL arrived,” added Hussein. 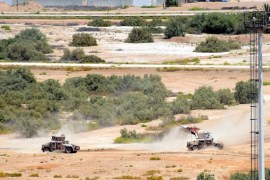 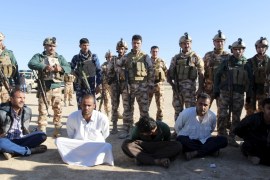 All the warring sides in Iraq and Syria are guilty of flagrant abuses against civilians. 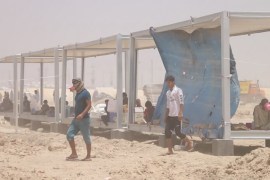