Hungary has announced that it will hold a referendum in October on European Union plans to relocate refugees and migrants among member states, a scheme fiercely opposed by the country’s right-wing government.

Tuesday’s announcement is the latest one of Prime Minister Viktor Orban’s steps to intensify his fight against the EU’s refugee policies.

“As president of the republic I decree that the referendum will be held on October 2,” President Janos Ader said in a statement on Tuesday.

A massive pre-referendum campaign has been launched.

Orban’s government voted against the EU plan to share 160,000 refugees and migrants around the 28-nation bloc via mandatory quotas.

Romania, the Czech Republic and Slovakia also rejected the mandatory quotas, but the scheme was passed by a majority of member states in a vote in September.

Hungary has joined Slovakia in filing a legal challenge within the EU against the plan, which was meant to ease pressure on Greece and Italy, the main refugee entry points into the bloc.

Orban has said that the EU has no right to “redraw Europe’s cultural and religious identity”.

Voters will be asked: “Do you want the EU to prescribe the mandatory relocation of non-Hungarian citizens to Hungary without the approval of the Hungarian parliament?”

Budapest says that the EU’s plan – which has been slow to get going – violates its national sovereignty and that “terrorists” might enter the country disguised as refugees.

As of July 1, fewer than 2,800 people have been relocated, according to EU data. Hungary has made zero places available but is meant to take in 1,294 people.

Orban has long had a testy relationship with Brussels with critics saying that his shake-up of Hungarian institutions from 2010 has undermined democracy.

However, his stance during Europe’s refugee crisis, which has seen more than a million people undertake a perilous journey to the continent, has caused particular anger.

About 400,000 migrants and refugees passed through Hungary in 2015 before the government sealed off the southern borders with razor wire and fences in the autumn.

The authorities also brought in tough new laws punishing illegal entry and vandalism of the fences. 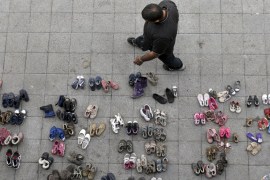 Orban, Hungary and the walls of Europe

Instead of joining Europe in its quest for liberalism, the new EU members are putting up obstacles. 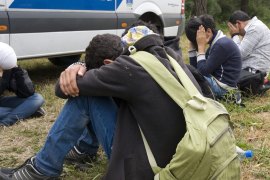 Government propaganda spreads message that migrants are either stealing Hungarian jobs, or are terrorists.