Turkish military officials say the army has killed 35 Kurdish fighters after they attempted to storm a military base in the southeastern province of Hakkari.

The early morning attack on Saturday came just hours after clashes in Hakkari’s Cukurca district between Turkish troops and fighters from the Kurdistan Workers Party (PKK), the officials said.

They said the fighters attempted to take the base in three different groups, but were spotted by aerial reconnaissance.

Four more were then killed in a ground operation, they said, adding that the other eight Kurdish fighters were killed in Friday’s gun battle in Cukurca.

Al Jazeera’s Bernard Smith, reporting from Istanbul, said the PKK is taking its fight back out to the countryside since the peace process ended this time last year.

“A lot of the fighting was in the urban areas before and that resulted in extraordinary destruction of property and civilians’ death. The PKK seems to have withdrawn from that area now and fighting the Turkish military out in the countryside where they had traditionally fought before.”

In the southeast, the military has frequently carried out air strikes after a two-and-a-half-year ceasefire and peace process between the government and the PKK broke down last summer.

More than 40,000 people have been killed in the conflict since the PKK – designated a “terrorist group” by Turkey, the US and the European Union – began its armed campaign in 1984.

Turkey carries out frequent attacks against PKK targets in Iraq’s Kurdish-dominated regions near the Turkish border, where the PKK leadership has camps.

Turkey’s military, NATO’s second largest, has continued to grapple with the low-intensity conflict in the mainly Kurdish southeast as its senior ranks undergo a major shake-up following a July 15-16 failed coup attempt. 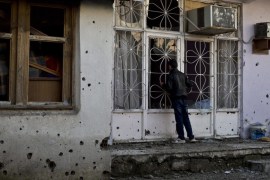 Cizre in ruins as Turkey lifts curfew on Kurdish towns

Kurdish civilians returned to widespread destruction after months of fighting between Turkish forces and the PKK.

Any future engagement between Turkey and the PKK are marred by changing realities on the ground. 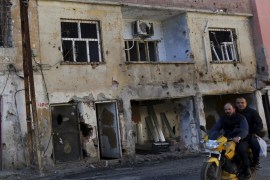