US soldier Chelsea Manning, imprisoned for passing classified files to anti-secrecy website WikiLeaks, has been accused of misconduct following a failed suicide attempt earlier this month, and could land in solitary confinement indefinitely, according to her lawyers.

The American Civil Liberties Union (ACLU) said Manning, a 28-year-old transgender soldier, was notified by the army on Thursday that she was under investigation for three “administrative offenses”, including “conduct which threatens”.

The ACLU, which on July 12 confirmed Manning’s suicide attempt, said the soldier remained despondent over what it described as the army’s continued denial of appropriate healthcare for her.

“While Chelsea is suffering the darkest depression she has experienced since her arrest, the government is taking actions to punish her for that pain,” ACLU staff lawyer Chase Strangio said in a statement.

“It is deeply troubling that Chelsea is now being subjected to an investigation and possible punishment for her attempt to take her life,” he added.

“The government has long been aware of Chelsea’s distress associated with the denial of medical care related to her gender transition and yet she is denied the treatment recognised as necessary.”

The ACLU, which denounced the disciplinary action as “unconscionable”, said it hoped the investigation ended immediately and Manning was given “the healthcare that she needs to recover”.

Manning, a former intelligence analyst in Iraq, was sentenced in 2013 to 35 years in prison after a military court conviction of providing more than 700,000 documents, videos, diplomatic cables and battlefield accounts to WikiLeaks.

The case ranked as the biggest breach of classified materials in US history.

Among the files Manning leaked in 2010 was a gunsight video of a US Apache helicopter firing on suspected Iraqi fighters 2007, in an attack that killed a dozen people, including two journalists.

‘Things will get back to normal soon’

A transcript of the army notice of investigation, as dictated over the phone by Manning to one of her supporters and posted online by the ACLU, makes no explicit mention of a failed suicide attempt.

But Manning was told the inquiry stemmed from her July 5 attempt to take her own life, which led to her being hospitalised for 24 hours, according to Strangio.

The circumstances of the incident have not been disclosed, but the ACLU said it occurred in her cell and that she lost consciousness.

Manning has since been returned to confinement at the Disciplinary Barracks at Fort Leavenworth, Kansas, where she remains in a medical observation unit, Strangio said.

A tweet posted on Tuesday on her behalf read:

Feeling a little bit better every day. Thank you for your mail, your love, and your support. Things will get back to normal soon =)

The other two “administrative offenses” listed in the army notice of investigation were “resisting the force cell move team” and holding “prohibited property”. Manning has yet to respond to the charges, Strangio said.

If convicted, she could face punishment that includes indefinite solitary confinement, reclassification into maximum security and an additional nine years in medium security, the ACLU said.

Initially arrested as Bradley Manning, the soldier later announced she would start living as a female and filed a transgender prisoner rights lawsuit.

She appealed against her conviction, arguing that her sentence was “grossly unfair” and that her actions were those of a naive, troubled soldier who aimed to reveal the toll of the wars in Iraq and Afghanistan.

The appeal contends that Manning’s disclosures harmed no one, but prosecutors said the leaked material damaged US security and identified informants who helped US forces. 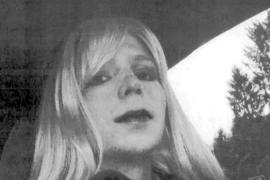 To the right and centre-right, Chelsea Manning is an LGBTraitor

Chelsea Manning’s announcement as transgender has not only riled the right, but created an unexpected backlash. 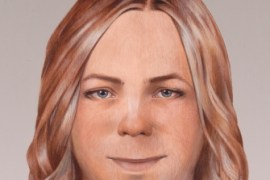 Imprisoned whistleblower Manning, who came out as transgender after leaking classified US documents, to receive hormone therapy.