Children caught in conflict-affected areas are often held without charge for months as national security threats, with some being tortured or dying in custody, according to Human Rights Watch (HRW).

In a report released on Thursday, the US-based rights group said that countries embroiled in war or conflict are increasingly arresting children with alleged linked to armed groups, or “because of alleged terrorist activities by family members”.

Children, including infants, are also being arrested along with their mothers for security-related offences, said the report.

The group specifically examined the detention and treatment of children in Afghanistan, the Democratic Republic of Congo (DRC), Iraq, Nigeria, Syria and the Israeli/Palestinian conflict.

The report collected hundreds of interviews conducted with current and former detainees, including children, as well as UN documentation and other sources.

In countries such as Afghanistan, Iraq, Israel, Nigeria, Somalia and Syria, hundreds of children may be detained at any given time, according to the report.

Physical abuse is also an issue. International standards require considerations, such as that the parents be present during a child’s interrogation, said Sari Bashi, HRW’s Israel/Palestine country director.

When previous reports regarding children’s arrests were brought before Israeli police, they would say it was the military who was responsible, or claim that there was no complaint filed.

“Most of these children would not lodge a complaint because they are afraid,” said Bashi.

In some countries, children are more likely to be tortured. Interviews carried out by the UN in Afghanistan found that a higher percentage of children reported abuses compared with adults.

According to the report, US forces also detained children in Afghanistan, with the US authorities claiming that the children were “captured engaging in anti-coalition activity“.

The US also detained minors in Guantanamo Bay for up to 10 years. The report states that the children were allegedly subjected to torture. Currently, US forces would turn children over to Afghan authorities after detaining them for a few hours or days.

HRW also quoted a UN report saying at least 257 children were arrested and detained by armed forces in the DRC during 2013 and 2014.

It said 29 children interviewed last December by HRW reported being detained in appalling conditions in a military prison. All were accused of fighting for a rebel group, but only two said they were “active fighters”, HRW said.

“We are urging governments to end detention of children without charge and ensure they are treated in accordance with international juvenile justice standards, which prioritise rehabilitation and reintegration,” said Becker.

The report comes days before a UN Security Council debate on children in armed conflicts. 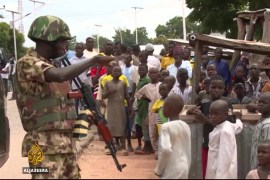 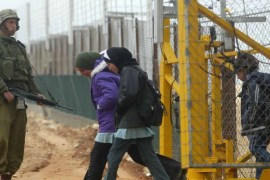 Between 500 and 700 Palestinian children are prosecuted in Israel’s military courts each year, says rights group. 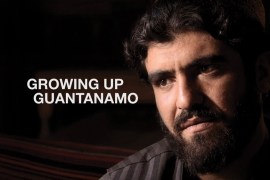 Follow the incredible journey of Asadullah Rahman, the youngest inmate to be held at Guantanamo Bay.