The UN human rights chief has urged the Indonesian government to stop the looming firing squad executions of 14 people for drug offences.

The group of convicts, including foreigners, have been given notice of their executions and could be put to death as early as Friday.

“The increasing use of the death penalty in Indonesia is terribly worrying, and I urge the government to immediately end this practice which is unjust and incompatible with human rights,” he said in a statement.

“The death penalty is not an effective deterrent relative to other forms of punishment, nor does it protect people from drug abuse.”

Security has been tightened at Nusa Kambangan prison island in preparation for the executions.

Those who would be executed include citizens of Nigeria, Zimbabwe, Pakistan and and Senegal, Attorney General Muhammad Prasetyo told reporters at the state palace on Wednesday.

Other reports said at least four Indonesians and an Indian would also be executed.

It would be the third set of executions under President Joko Widido, who campaigned on promises to improve human rights in Indonesia.

If the government sticks to its plans, his administration will have executed more people in two years than in the previous decade.

Jokowi’s predecessor ended a moratorium on executions in 2013.

Australia’s ABC television reported on Wednesday that the Pakistani government has protested against the planned execution of one of its nationals, calling it unfair and alleging torture by police.

Lawyers and rights groups have raised serious doubts about the legitimacy of the convictions in several of the death row drug cases.

On Tuesday, Amnesty International said Jokowi’s presidency was “supposed to represent” a new era on human rights in Indonesia.

“Sadly, he could preside over the highest number of executions in the country’s democratic era at a time when most of the world has turned its back on this cruel practice,” said Josef Benedict, a senior official of Amnesty in Asia.

“The death penalty does not deter crime. Carrying out executions will not rid Indonesia of drugs. It is never the solution, and it will damage Indonesia’s standing in the world.”

Human Rights Watch described the death penalty as a “barbarity” and warned of “potential diplomatic firestorm” against Indonesia, if the executions went through.

According to the latest government report issued by Indonesia’s ministry of law and human rights, 133 were on death row as of January 2015. They include 57 drug trafficking cases and 74 for murder and robbery. 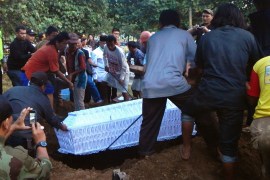 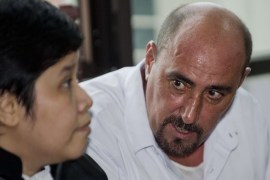