Syrian government air strikes have put four makeshift hospitals and a local blood bank in Aleppo out of action in the past 24 hours, according to local rescue workers and a monitor.

“Five medical facilities were hit [overnight] and are out of service right now,” Ammar Salmo, spokesman for a volunteer rescue group known as the White Helmets told Al Jazeera.

The bombardment killed a two-day-old baby in a children’s hospital in a besieged eastern neighbourhood of Aleppo, said the Independent Doctors Association, a group of Syrian doctors that supports clinics in the city.

Al Jazeera’s Bernard Smith, reporting from Gazientep along the Turkey-Syria border, said that several of the hospitals hit are still able to function.

“Only one of the hospitals has suffered a direct hit. People there say it has stopped operations for the moment, but we are told it will be back up in a couple of days,” Smith said.

“The other hospitals and the blood bank were in an area where there were air strikes rather than them been apparently directly targeted.  No buildings have been destroyed but operations have been affected in this places. There is supposed to be a ceasefire which began in February that clearly is all but in name,” he added.

Pro-government forces have surrounded the rebel-held eastern half of the city for more than 15 days, in an attempt to take full control of the strongest rebel bastion in the country’s north.

Salmo of the White Helmets told Al Jazeera there were now only two functioning bakeries in a city of 300,000 people.

The air strikes took place just hours before embattled President Bashar al-Assad’s government announced on Sunday that it was ready for further peace talks with the opposition and that it was intent on a political solution to the five-year conflict.

“Syria … is ready to continue the Syrian-Syrian dialogue without any preconditions … and without foreign interference, with the support of the United Nations,” state news agency SANA quoted an official in the foreign ministry as saying.

The UN hopes to convene a new round of intra-Syrian peace talks in Geneva in August. Previous rounds of talks this year broke down as fighting escalated.

Previous rounds of talks this year broke down as fighting escalated, particularly around Aleppo, where government forces recently cut off the only road into rebel-held areas of the divided northern city.

The United States and Russia, which back opposing sides in the conflict, are meanwhile to discuss an American proposal for closer military cooperation and intelligence-sharing on Syria to combat extremist groups.

Secretary of State John Kerry said this month that Washington and Damascus ally Moscow had reached a common understanding on the steps needed to get Syria’s peace process back on track. 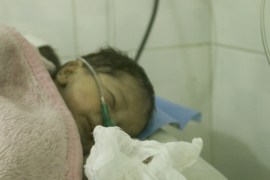 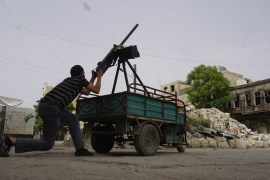 Aleppo onslaught continues as US demands end to strikes

Hundreds of civilians killed since escalation started between Syrian government and rebels on April 22.