A state of emergency has been declared in the southern Peruvian Andes, where bitterly cold weather has killed thousands of animals, devastating the largely indigenous families that raise them.

The government has promised $3m in relief following the death of 50,000 alpacas. Around 300,000 camelids are also under threat as overnight temperatures continue to fall to around -23C.

Peru is the world’s largest producer of alpaca wool and has around four million camelids. Unfortunately, the high-altitude rural hamlets where the animals have been raised for centuries are among the most deprived in Peru.

More than 120,000 families here make less than half the country’s minimum wage, so any loss of livestock represents a major financial loss.

Government sources say that this cold season has led to an estimated 14,000 children in the Andes suffering from respiratory illnesses. So far 105 have died.

The low temperatures have been linked to the recent prolonged El Nino event. It may be the southern hemisphere winter but this one is proving to be exceptionally severe.

As yet, there is no respite in sight. The National Service of Meteorology and Hydrology says that the snow will continue to fall in the highlands for the foreseeable future. 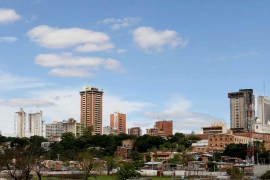 An early taste of winter in South America 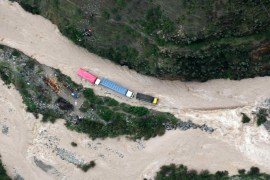