At least 100 Taliban fighters have attacked a district in Afghanistan’s heavily embattled northern Kunduz province in an effort to take control of yet another district, officials said.

“Fortunately, our security forces have been able to push the Taliban back,” Mahbubullah Saeedi, the district governor for Qalai Zal, where fighting is continuing, said on Monday.

Saeedi’s optimism, however, was contradicted by Amruddin Wali, a provincial council member, who claims the “militant group is controlling large parts of the centre save for the district and police buildings”.

Wali put the number of Taliban attackers at around 500.

Saeedi said that eight Taliban – including a commander – were killed, while one Afghan security force member was dead and three others wounded.

Saeedi said most civilians living in the city have fled to more secure areas.

Kunduz is one of the most volatile provinces in the north. The capital of the province fell to the Taliban briefly last year, and most districts have a heavy Taliban presence.

Last week, Afghan President Ashraf Ghani’s spokesperson said the government has no plans to revive a peace process aimed at bringing the Taliban to the negotiating table after a four-nation effort earlier this year proved fruitless.

“There is no set time for another meeting of the group,” spokesman Haroon Chakhansuri told the Associated Press news agency at the time.

US President Barack Obama announced earlier this month that he plans to leave 8,400 American troops in Afghanistan when he finishes his term – an increase from his previous plan, reflecting the difficulty of drawing down the US presence in the country.

“Nothing changes for us and nothing can scare us or stop us in achieving what we have been fighting for the past decade. We are stronger than ever and 8,400 troops cannot stop us. So it’s basically useless for them to make such decisions, a waste of time.” 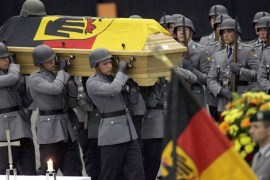 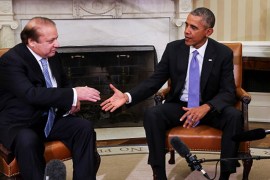 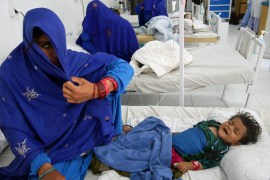