Durban, South Africa – More than 18,000 delegates from around the world have descended on South Africa to attend the 21st International Aids conference and discuss the global HIV response.

Improving access to antiretroviral treatment, reaching priority groups and consolidating a strategy for ending Aids by 2030 are high on the major summit’s agenda, in what experts describe as a rare opportunity for policymakers to build on some of the big gains of the past decade.

Here is a breakdown of all you need to know about the five-day conference, the largest conference on any global health or development issue, which started on Monday. 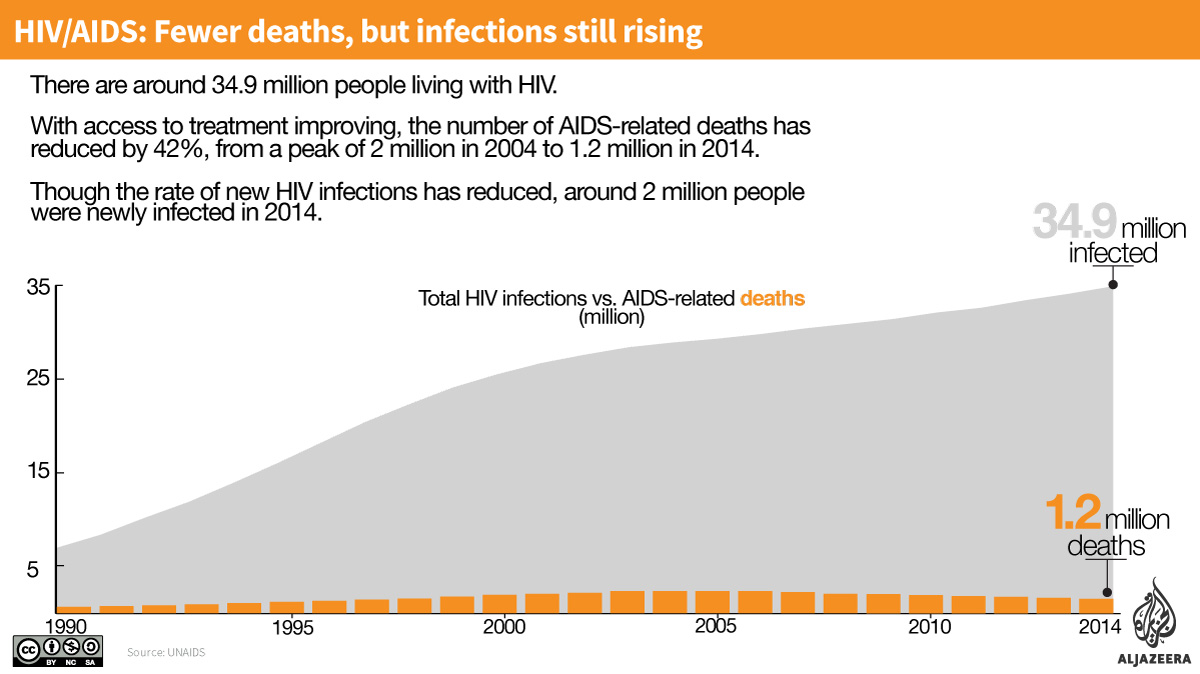 Doctors, politicians, activists, researchers, public health experts and hundreds of journalists will be in attendance.

People living HIV will feature prominently in many of the sessions.

Organisers say the conference “will highlight the latest accomplishments and challenges in a rapidly expanding area of scientific inquiry that few could have imagined at the first Durban conference”.

Dr Salim Abdool Karim, director of the Centre for the Aids programme of research in South Africa (CAPRISA), said the hope was that the conference would give the international community an opportunity “to take a long hard look at what we are doing in addressing HIV.

“We need to come out with a sense of clarity of the gaps and the needs,” he told Al Jazeera.

Titled “Access Equity Rights Now”, the conference will focus on a call to reach those still lacking access to treatment and care.

Around 60 percent of people living with HIV still do not have access to antiretroviral therapy.

The UN warns women and girls, transgender people, sex workers and young people remain under-prioritised in national policies and remain most at risk.

In southern and eastern Africa, 75 percent of all new HIV infections for those aged between 10 and 19 are among adolescent girls, according the UN.

“You cannot solve HIV if you are not able to address the disproportionate impact on women,” Karim said.

Combination antiretroviral treatment is still considered the most important development in the efforts of tackling HIV and saving lives.

For instance, since South Africa introduced its treatment policy, life expectancy increased from 52 years in 2004 to 62 years in 2014.

“We saw life expectancy increasing by 10 years. It is unheard of, and all of this because of treatment,” Olive Shisana, co-chair of the conference, told Al Jazeera.

Yet, some scientists are adamant that they are inching toward a possible cure – and for the fifth year, experts will be raising one of the most complex matters in the scientific community: a cure for HIV.

According to Francoise Barre-Sinoussi, co-chair of the International Aids Society’s (IAS) Towards an HIV Cure initiative, research into a cure is in a “formative stage, but significant advances are being made”.

But Nkhensani Mavasa, from the Treatment Action Campaign, a South African NGO at the forefront for equal access to treatment in South Africa, said talking about a cure at a time when communities were still struggling with ineffective prevention strategies was farcical.

“How can we talk about a cure, when there are still no condoms in rural areas?” Mavasa said.

A new report released by UNAIDS on the eve of the conference, showed that while new HIV infections have declined by more than 70 percent among children since 2001, the decline in new cases among adults had stalled.

“The power of prevention is not being realised. If there is a resurgence in new HIV infections now, the epidemic will become impossible to control. The world needs to take urgent and immediate action to close the prevention gap,” Michele Sidibe, executive director of UNAIDS, said in a statement.

On Monday, the United Nations Children’s Fund (UNICEF) released a statement saying that “Aids was still the number-two cause of death for those aged 10-19 – and number one in Africa”.

According to UNICEF, there were on average 29 new infections an hour last year among adolescents in the 15-19 age group.

Speaking to Al Jazeera, Anurita Bains, UNICEF’s regional adviser on HIV for eastern and southern Africa, called for innovation and renewed political will to reach those left behind.

“There are a number of issues, including societal structures and power dynamics, that have to be urgently addressed,” Bains said.

In June, the UN General Assembly resolved to end the epidemic as a public health threat by 2030 within the framework of the Sustainable Development Goals (SDGs).

“Despite remarkable progress, if we do not act, there is a danger the epidemic will rebound in low and middle-income countries,” Ban said at the time.

But some activists claim that donors and western governments are pushing “the end of Aids” narrative into the health-developmental lexicon in an attempt to cull funding.

“Instead of increasing money, middle-income and rich countries feel that they have done enough, and this concerns us,” Mavasa, from the Treatment Action Campaign, said.

While admitting that funding has seemingly been diverted to the SDGs, Shisana said that if countries were able to meet the so-called 90-90-90 targets, set by the UN’s HIV/Aids programme, talking about an Aids-free world is very plausible.

“Talking about an Aids-free world only becomes premature if don’t do use the knowledge from our past experiences.” 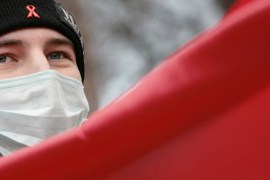 HIV cases in Russia pass the one million mark

Epidemic reaches record levels, according to top AIDS specialist, who warns true figures could be much higher. 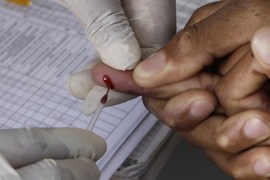