Five people have been in arrested in France in connection with a lorry attack that killed at least 84 people in the city of Nice, as the Islamic State of Iraq and the Levant (ISIL) claimed responsibility for the carnage on the country’s main national holiday.

The Paris prosecutor’s office said on Saturday that police had arrested five people believed to be linked to Mohamed Lahouaiej Bouhlel, the man suspected of ramming a lorry on Thursday night through a large crowd celebrating Bastille Day. Bouhele was shot dead by police.

One of the men being held was arrested on Friday and four others on Saturday morning, a judicial source told AFP news agency. The estranged wife of the Bouhlel is also still being held by authorities.

The arrests came as ISIL, also known as ISIS, claimed responsibility for the attack.

“The person who carried out the operation in Nice, France, to run down people was one of the soldiers of Islamic State,” Amaq, an ISIL-linked website, said on Saturday via its Telegram account.

“He carried out the operation in response to calls to target nationals of states that are part of the coalition fighting Islamic State,” the statement said, using a different name for ISIL.

French authorities said they were checking the claim.

Al Jazeera’s David Chater, reporting from Nice, said there was still no evidential trail that linked the suspect to ISIL.

“Authorities are nowhere near yet establishing that he was a so-called soldier of ISIL,” he said. “They [ISIL] might have claimed the attack but no connection has yet been found between the armed group and the driver,” Chater added.

“He’s more being described as a loner; psychologists called him as man who wanted to go from zero to hero; he wanted to establish himself but, looking at his past, he was very much a manic depressive, apparently, who had violent feats and rages.

France has declared three days of national mourning for the Bastille Day massacre, in which the lorry careered for hundreds of metres along the Promenade des Anglais seafront, slamming into families and friends after a firework display marking the anniversary of the 1789 revolutionary storming of the Bastille.

Speaking from Nice on Friday, French President Francois Hollande said about 50 people were in a critical condition, still “between life and death” after the attack.

Bouhlel, 31, was originally from Tunisia. Authorities said he was married with three children. He was known to French police, but not to intelligence officials. 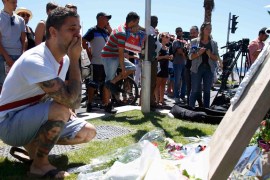 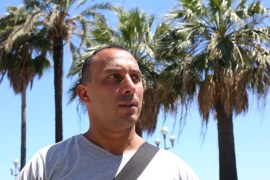 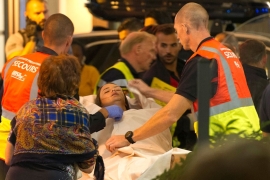