Miyazaki Prefecture on southern Japan’s Kyushu Island had 75mm of rain in the 24 hours up to 0600GMT on Thursday. Hiroshima was even wetter, recording 90mm of rainfall in the same timeframe.

More than 300mm of rain was recorded on Tsushima Island in Nagasaki Prefecture during a 48-hour spell. Local weather forecasters said rain this heavy falls less than once every 50 years.

Further heavy rain is likely across the southern half of Japan during the next 24 hours. Quieter weather is then expected to settle across the country by Monday. 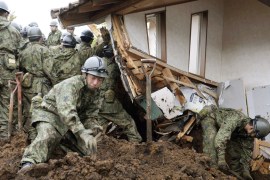 Authorities struggle to provide services to tens of thousands of people in areas worst hit by two deadly earthquakes. 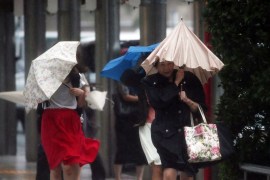