A Zimbabwean protest leader spearheading a campaign against President Robert Mugabe’s government renewed his calls for nationwide strikes, a day after being briefly detained by police.

Evan Mawarire called for protests on Wednesday and Thursday after a court dismissed charges against him of attempting to overthrow the government.

“There is a hope inside you that this country needs, and if you don’t get involved, you are robbing us of that hope,” Mawarire said in a Facebook video.

“We are not just hating the government for nothing. We actually want you to know the reality on the ground.”

READ MORE: Zimbabwe shuts down in protest over ‘economic collapse’

The Baptist preacher organised the biggest anti-government demonstrations in a decade last week, leading to the closure of many offices, shops, schools and government departments.

He is urging Zimbabweans to reject the government’s proposed economic measures amid public anger over corruption, high unemployment and the risk of recession.

The response to Mawarire’s calls for further nationwide strikes on Wednesday and Thursday appeared to be muted, with shops, schools and offices remaining open across the country.

Home Affairs Minister Ignatius Chombo warned that anyone who took part in the planned strike would face “the full wrath of the law”.

Africa’s oldest leader at 92, Mugabe has led the former British colony since independence in 1980. The country has been in chronic economic hardship, and Mugabe has previously used his security forces to crack down on public shows of dissent.

Mawarire initially faced charges of inciting violence before prosecutors changed the charge to attempting to overthrow the government, according to his lawyer Harrison Nkomo.

His surprise release late on Wednesday was greeted as a major victory by hundreds of anti-government protesters waiting outside the court.

“I am angered by the poverty and day-to-day struggles. The economy is not working and there are no jobs,” activist Maureen Kademaunga told Reuters.

UK-based rights group Amnesty International said about 300 people had been arrested for participating in protests around the country since last week.

“Instead of suppressing dissenting voices, Zimbabwean authorities should be listening to protesters like Evan Mawarire,” Muleya Mwananyanda, Amnesty’s deputy director for southern Africa, said in a statement.

The surge in protests has revealed long-simmering frustration in a country where 90 percent of the population is not in formal employment. 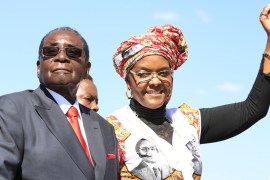 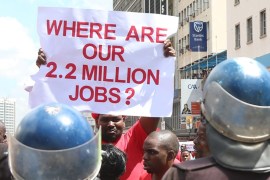