US President Barack Obama has officially endorsed fellow Democrat Hillary Clinton for president, saying he did not think there had ever been a nominee “so qualified” for the White House.

“I want to congratulate Hillary Clinton, on making history as the presumptive democratic nominee for President of the United States,” Obama said in a video released on Clinton’s official YouTube Channel on Thursday.

“I’m with her, I’m fired up and I cannot wait to get out there and campaign for Hillary,” he added. “I don’t think there has ever been someone so qualified to hold this office.”

As it circulated the Obama video, the Clinton campaign announced that their first joint appearance on the campaign trail will be on Wednesday in Green Bay, Wisconsin.

The endorsement came shortly after Obama met Clinton’s rival in the Democratic primary contest, US Senator Bernie Sanders, at the White House.

Speaking after his meeting with Obama, Sanders said that he would work with Clinton to defeat Republican hopeful Donald Trump.

“Needless to say, I am going to do everything in my power and I will work as hard as I can to make sure that Donald Trump does not become president of the United States,” Sanders said.

He added, however, that he was going to stay in the race to compete in the final Democratic primary vote in Washington DC on June 14.

“He was being given a heads-up,” Culhane said.

Obama had been expected to support Clinton since she declared herself the party’s presumptive nominee after reaching the number of delegates needed to be named its candidate in the November elections.

But, Senator Sanders still remains popular and the Democratic party is expected to need his support to win the presidency in November.

After the president’s meeting with Sanders, the Obama administration changed their mind at the last minute and allowed the press to take photographs of the president and the senator walking into the Oval Office, Culhane said.

“Obama is trying to send a message to Bernie Sanders’ supporters that the president is not disrespecting Senator Sanders,” she added.

“Bernie Sanders is the only candidate left in the race that has more people say they like him than don’t like him,” said Culhane.

“So, if Hillary Clinton is going to get ahead on the polls, she is going to need Senator Sanders on her side.

“She is going to need to use his popularity and the passion of his supporters to make sure that they go out to vote for her.”

Obama remains popular with voters, and his endorsement will come as a significant boost to Clinton.

Obama and Clinton were rivals during the 2008 Democratic primary that Obama won. Clinton went on to serve as Obama’s secretary of state during his first term in office. 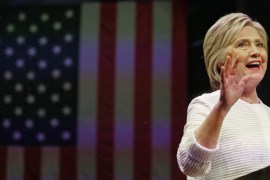 Hillary Clinton is celebrating her status as the first American woman to be the presumptive nominee of a major party. 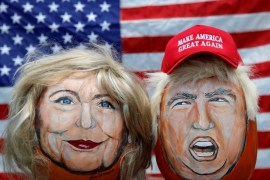