A suspect has been arrested in the killing of five Jordanian intelligence agents at a security office outside a Palestinian refugee camp close to Amman, a government official told national media.

Government spokesman Mohammad al-Momani on Monday said the assault on the office near the al-Baqa’a refugee camp on the outskirts of the Jordanian capital was a “terrorist attack”.

Jordanian media named the suspect as Mahmoud Masharfeh, who reportedly has been arrested and interrogated in the past at the same office where he allegedly committed the shooting.

He was arrested on Monday in al-Sleihi on the outskirts of the town of Ain el-Basha, not far from scene of the crime.

Before his arrest Masharqah was said to have drawn attention to himself when he entered the al-Anwar mosque and acted erratically. He eventually got into a fight with worshippers, who apprehended him. Pictures showed the man was bleeding and badly beaten.

As well as the three officers, a guard and a telephone exchange operator at the office were killed in the attack.

Baqa’a camp is the largest Palestinian refugee camp in Jordan, where a large percentage of the country’s seven million-plus population are descendants of refugees who fled in the aftermath of the creation of Israel in 1948.

Husam Abdallat, a former senior government official, told Al Jazeera that the intelligence office is located on the main street leading up to the camp.

“We hope this is not the case, because Jordanians must stay united, especially in times like this,” Abdallat said.

Earlier this year a large security operation was mounted in the northern city of Irbid in which several Islamic State of Iraq and the Levant (ISIL, also known as ISIS) sympathisers were killed.

Jordan has been carrying out air strikes against ISIL in both Iraq and Syria.

One of its pilots was captured by fighters when his plane went down in Syria in December 2014. ISIL later released gruesome footage of him being burned alive.

Jordan has also opened up the Prince Hassan airbase, northeast of the capital, to other members of the United States-led coalition taking part in the war against ISIL.

In March, Jordanian authorities announced that they had foiled an ISIL plot to carry out attacks in the kingdom in an operation that led to the deaths of seven fighters. 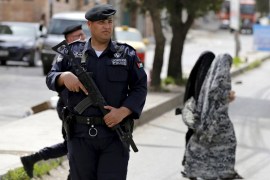 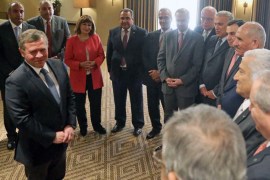 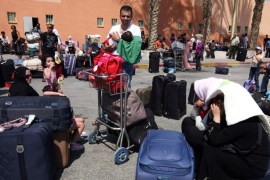 Israel, and not Jordan, is to blame for the travel restrictions on Palestinians, say officials.