Washington DC – A group of American Muslims, joined by interfaith leaders, have launched an initiative to get thousands of Americans to take part in a march in Washington DC on July 23, in what they call a stand against bigotry, “extremism”, and gun violence.

The American Muslim March will take place at the National Mall – home to various large-scale historical gatherings – to also condemn “terrorism” and vocally eschew the Islamic State of Iraq and the Levant (ISIL, also known as ISIS), organisers said.

Rally sponsors include more than 20 organisations representing the three monotheistic regions, as well as the Buddhist, Sikh, Hindu, and Bahai communities.

The initiative comes at a time when anti-Muslim sentiment is high, in part driven by the rhetoric of Republican presidential candidate Donald Trump, who has called for the banning of foreign Muslims from the United States.

Trump has made his Muslim ban a centrepiece of his candidacy: he recently reiterated his proposal following an attack on a gay nightclub in Orlando, which left 49 people dead. He also suggested profiling Muslims, citing Israel as an example, and implied that US President Barack Obama was complicit or sympathetic to radicalised Muslims.

Some Muslim groups have been more vocal about terrorism, gun violence and Islamophobia, since a married couple, inspired by ISIL ideology, killed 14 people in San Bernardino, California.

“We were motivated to take action after San Bernardino,” said Khaled al-Mufti, a member of the rally organising committee. “We wanted to denounce ISIS as an ideology that claims to be representative of Islam, but it’s not. That’s not the religion we practise. We want to make it loud and clear to all the world: This is not Islam.”

The rally is being organised by the Islamic Society of Central Florida, and the All Dulles Area Muslim Society (ADAMS) in Washington DC, which recently hosted Secretary of State John Kerry and Hollywood actress and activist Angelina Jolie with Syrian refugees in recognition of World Refugee Day.

For the event, organisers are reaching out to renowned Muslims such as Yousef Islam, previously known as Cat Stevens, retired basketball legend Kareem Abdul Jabbar, and influential Islamic scholar Hamza Yusuf. They are hoping to attract about 100,000 people from the Muslim and immigrant communities and anybody “affected by the recent surge in hostility towards minorities”, Mufti told Al Jazeera.

“The rhetoric going on in the presidential campaigns is creating an atmosphere of bigotry,” he said. “This is not only towards Muslim, but also towards immigrant communities. We therefore wanted to provide a platform for everyone to speak about those issues.”

The Southern Poverty Law Centre, which tracks hate groups, said anti-Muslim attacks rose sharply in 2015, “egged on by a steady drumbeat of propaganda from Islamophobes and given a megaphone by the press and a presidential frontrunner given to racist and Muslim-hating oratory”. Last year, three young Muslim Americans were shot dead by a man known for his hatred of Islam in the university town of Chapel Hill, North Carolina.

Also in 2015, there were approximately four times as many attacks on mosques than the previous year, according to a recent report released by the Council on American-Islamic Relations, and the Centre for Race and Gender at UC Berkeley.

The 78 instances where Muslim houses of worship were targeted – via arson, vandalism or other methods – partly show the pervasiveness of Islamophobia in all aspects of society, according to Hatem Bazian, the centre’s director of the Islamophobia Research and Documentation Project, who contributed to the report.

“The report gives the widest view of the situation facing Muslims today in America and we are still speaking about 2015 and not yet accounting for the full impact of Trump’s campaign and the shift that he made in making Islamophobia acceptable and patriotic,” Bazian told Al Jazeera.

The report highlights the various methods in which Islamophobia is manifested, including the rise in anti-Islam groups, armed demonstrations outside of mosques, hate crimes against Muslim Americans, and private businesses declaring themselves ‘Muslim-free zones’.

In 2014, there were 74 Islamophobic groups, the report found – 33 whose primary purpose is to promote prejudice against Islam and Muslims, and the rest whose “work regularly demonstrates or supports Islamophobic themes”, such as Fox News Channel and the Rush Limbaugh Show.

Islamophobia is also driven by a political elite, Bazian said, who, “facing trickle down economic failure and dead-end domestic policies they championed over 40 years since the Reagan administration … offer the Muslim subject as the springboard to avoid all issues and thus win seats”. 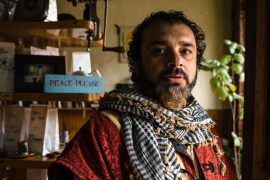 How one man and his tea house are trying to foster a sense of understanding and community in the US city of Cleveland. 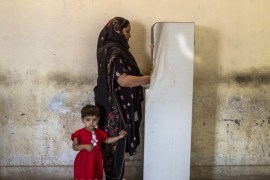 Islam and democracy: What’s the problem?

In a special UpFront, we ask our panel if there can be a balance between liberal values and Islamic beliefs.