Israeli forces have blockaded a Palestinian village in the southern West Bank just hours after a teenage settler was allegedly stabbed to death by a Palestinian in a nearby settlement.

“Israeli forces have begun a full siege on the village of Bani Naim,” Issa Amro, a Hebron-based human rights activist and founder of Youth Against Settlements in Hebron, told Al Jazeera.

The village, just east of Hebron city in the southern West Bank, is home to the alleged assailant, 17-year-old Muhammad Nasser Tarayra.

Tarayra was shot and killed on Thursday after “infiltrating” the nearby settlement of Kiryat Arba and stabbing a 13-year-old girl to death, according to an Israeli spokeswoman.

The girl, identified as Hallel Yafa Ariel, later died from her wounds in hospital.

“They [Israeli authorities] are threatening to revoke the family’s permits to work in Israel, and they’ve arrested the boy’s father,” Amro said.

Al Jazeera’s Imtiaz Tyab, reporting from Jerusalem, said Israeli authorities had also “begun discussions as to whether they will demolish the home of the suspected attacker”.

READ MORE: ‘Hundreds’ of Palestinians detained since start of Ramadan

Amro in Hebron said an obligatory curfew had been imposed across the city’s entire H2 area, the portion of the Palestinian city under full Israeli control. Israeli forces had also erected an additional 20 checkpoints.

“It is supposed to end this evening, but who really knows,” said Amro, referring to the curfew which began at 5pm.

The Israeli army has also reportedly closed down the adjacent section of Road 60, a major north-south highway that runs through the southern West Bank and into present-day Israel.

Human rights groups have repeatedly condemned Israel’s punitive measures against Palestinian communities in the wake of attacks, and say they constitute “collective punishment”.

Amro denounced the killing but said the Israeli occupation was to blame.

“We are against this killing as Palestinians, but it must be understood that Netanyahu and the Israeli government are responsible at the end of the day. They’re using their kids as human shields to take Palestinian land,” he said.

“This kid wanted to attack the settlement, but the occupation is responsible for killing him and for the death of this young girl.”

The girl was the cousin of Uri Ariel, an Israeli cabinet minister affiliated with the West Bank settler movement.

The Kiryat Arba, located in Hebron, the West Bank’s most populous city, is home to a few hundred Jewish settlers who live under heavy army guard and among several hundred thousand Palestinians.

Settlements are considered illegal under international law and are a major sticking point in negotiations between Israel and the Palestinians. 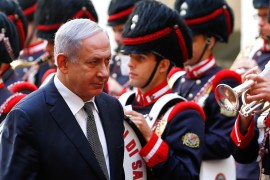 What’s behind the new deal between Turkey and Israel? 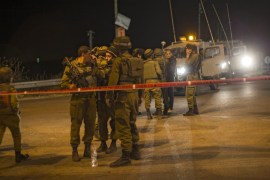 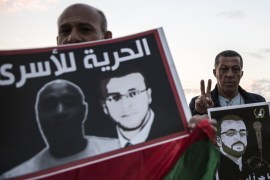