Flash floods and overflowing rivers continue to bring misery to parts of Germany and France.

The weather pattern that has been sitting over central Europe for a week has spawned daily storms.

At least 10 people were killed in flooding over the last week in Germany, including four in Baden-Wuerttemberg, to Bavaria’s west, in flooding that hit Sunday and Monday.

Slow-moving and large thunderclouds have brought hail, violent wind gusts and torrential rain to both plain and mountain.

The most recent areas to be hit were southern Germany and central France.

The German town of Simbach am Inn, in Bavaria and on the Austrian border, suffered badly as water came rushing through the streets.

The torrent carried mud, trees, cars and any other debris picked up en route.

As an example of how much rain actually fell, Ranshofen, just over the border in Austria, recorded 78mm of rain in 24 hours.

Braunsbach in southern Germany is now full of rubble, rocks and destroyed vehicles following a similar downpour, upstream, on Monday.

The water in Triftern, also in Bavaria, rushed through and left behind a flood deep enough to submerge vehicles.

In France, the Seine River through Paris is at flood level, and has burst its banks in places.

About 20km to the south, the river Yvette burst its banks, flooding Longjumeau to knee depth.

The slow moving nature of these storms, as a result of a stationary and large area of low pressure, means that more flash flooding, river flooding and storm damage are likely.

Germany, France and Austria are at immediate risk but the Alps and southeast Europe should also be on alert. 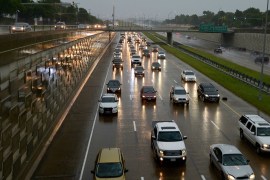 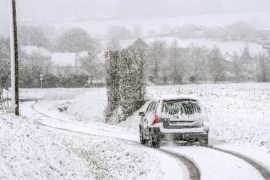 Unusual warmth in Eastern Europe reacts with snow and ice which grips the rest of the continent.