Mexican police and armed forces have been “routinely” torturing and raping women during detention and arrest, rights group Amnesty International said in a report.

The group’s account – published on Tuesday – was based on interviews with 100 women in federal prisons, all of whom said they were subjected to some form of sexual harassment or psychological abuse while in police custody.

Mexican authorities have yet to officially respond to the allegations.

The alleged mistreatment included rape, groping, beating, near-asphyxiation, electric shocks to the genitals, and threats of rape directed at them or their families.

Four out of 10 of the women that were interviewed said they had been subjected to near-suffocation with a plastic bag or similar object placed on their heads.

Mexico’s federal police were responsible for most of the arrests, Amnesty said, with the rest being conducted by state-level police, the army, and the navy.

The alleged incidents took place across the country, in at least 19 different states, according to Amnesty.

The report said that victims of ill-treatment were often forced to “confess” to being part of a drug cartel or other crimes, with security forces planting evidence on them in order to obtain information about drug cartels or to incriminate other detainees.

“Police appear to be using them as easy targets for arrest to boost figures and show society that the government’s security efforts are yielding results,” Amnesty said.

“The women subjected to such violence are mostly young and from low-income backgrounds. The multiple and intersecting discrimination these women face because of their gender, age and socioeconomic situation increases their risk of being arbitrarily arrested and tortured or ill-treated.”

In Mexico, women are perceived as the weakest link in the trafficking chain by authorities, the report said.

Drug cartels often recruit women from vulnerable backgrounds to execute the most dangerous tasks for the gangs, and they are often considered expendable if arrested.

About 150,000 people have died since former President Felipe Calderon put the army on Mexico’s streets as part of the country’s war on drugs a decade ago.

President Enrique Pena Nieto announced a proposal to relax some of the country’s drug laws in April. The plan would see medicinal marijuana legalised and increase how much cannabis people can carry. 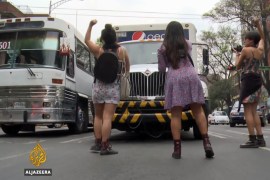 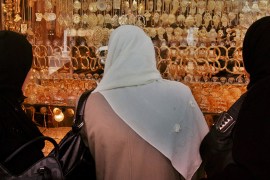 Eight out of 10 women sexually harassed in Iraq

Report says harassment is increasing due to failure of laws to recognise phenomenon and punish perpetrators.