South Sudan has cancelled its Independence Day celebrations as it struggles to end a civil war that has left thousands dead and ravaged the economy.

“We decided not to celebrate the July 9 Independence Day, because we don’t want to spend that much,” Michael Makuei, the minister of information, told reporters on Tuesday.

“We need to spend the little that we have on other issues,” he said.

In past years, even at the height of a civil war, the government organised military parades and other celebrations. But Makuei said this year the party would not happen.

President Salva Kiir is still expected to address the nation on July 9, five years after South Sudan broke away from Sudan after decades of conflict.

READ MORE: South Sudan – On the brink of collapse?

South Sudan is struggling to stem soaring inflation caused by the war, rampant corruption and the near collapse of the oil industry, which accounts for 98 percentage of government revenues.

The International Monetary Fund  has warned that the economy is in ruins with inflation at almost 300 percent and the currency falling by 90 percent this year.

Civil war erupted in South Sudan in December 2013 but rebel chief Riek Machar returned to the capital in April as part of a peace deal that saw him become vice president, forging a unity government with Kiir.

But fighting continues between numerous militia forces, which now pay no heed to either Kiir or Machar.

More than 40 people died last week during days of fighting in the town of Wau, the information minister said, with aid agencies warning of dire conditions for more than 10,000 people sheltering at a UN base there.

“These are the bodies that have been found so far but the cleaning continues,” Makuei said on Tuesday. “Probably the number may rise.”

All sides have been accused of perpetrating ethnic massacres, recruiting and killing children and carrying out widespread rape, torture and forced displacement of populations to “cleanse” areas of their opponents.

Tens of thousands have died since war broke out forcing two million from their homes and leaving five million in need of help. 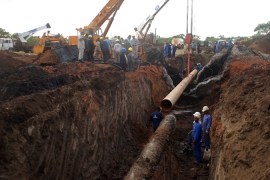 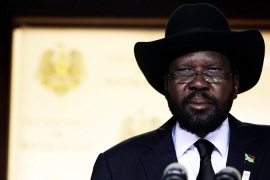 S Sudan ‘will not go to war’ over oil dispute