A prominent dual British-Lebanese journalist who hosted a talk show critical of the Egyptian government was briefly arrested and then deported, security and airport sources have said.

Lilian Daoud was taken from her home on Monday by passport control officials, briefly after she announced the cancellation of her show on Twitter.

Airport sources later confirmed that Daoud had been placed on a plane en route to Beirut, where she arrived on Tuesday.

Daoud’s show, on the privately owned ONTV network, disappeared from the airwaves after the channel was sold by billionaire Egyptian investor Naguib Sawiris in May.

Her programme, The Full Picture, on which she talked to protesters and youth leaders as well as government officials, broadcast critical views of the government of President Abdel Fattah el-Sisi.

Her lawyer, Zyad el-Elaimy, wrote on his Twitter account that her first comment after landing in Beirut was that she will challenge the decision to deport her.

“It’s the first time someone has been deported in this fashion in Egypt,” Elaimy told the Associated Press news agency, speaking by telephone from Cairo.

Elaimy said that Daoud’s deportation was a new high in the government’s crackdown on dissenting voices. He said authorities “are not prepared to hear any diverse voices or to hear anyone who is supportive” of the 2011 uprising which ousted autocrat Hosni Mubarak and ushered in a period of political instability in Egypt.

Since the military overthrow of President Mohamed Morsi in 2013, the Sisi government has shown little tolerance for criticism, banning protests and taking programmes off the air.

Daoud formerly worked for the British Broadcasting Corporation, and lived in London before moving to Egypt with her daughter following the outbreak of the 2011 protests. 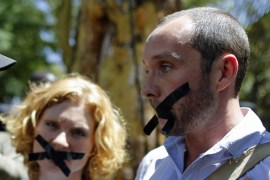 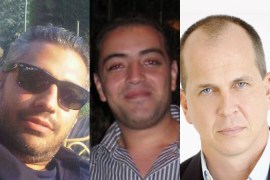