At least five people have been killed and 28 others wounded in two series of suicide bombings on a predominantly Christian village in northeastern Lebanon near the border with Syria, officials said.

Four suicide bombers blew themselves up early on Monday in the village of Qaa in the Bekaa Valley, killing five people and wounding another 15, the state-run Lebanese News Agency reported.

In the evening, as family members gathered outside a church to mourn the morning’s victims, two men on a motorcycle threw a grenade at the group before detonating suicide vests, wounding another 13 people who were brought to hospital.

Qaa is located just a few kilometres off a border checkpoint.

No one has yet claimed responsibility for the attacks, but Hezbollah’s Al-Manar TV blamed the first one on the Islamic State of Iraq and the Levant group (ISIL, also known, as ISIS).

“ISIL has been positioned in the mountains above Qaa for the last several years and the Lebanese army as well as Hezbollah have been fighting ISIL,” Al Jazeera’s Natasha Ghoneim, reporting from Beirut, said.

She added that if ISIL’s involvement was confirmed, it would mark the first time the armed group would have targeted a Christian village in Lebanon.

“Either way, it is sure that it will raise security concerns here in the country.” 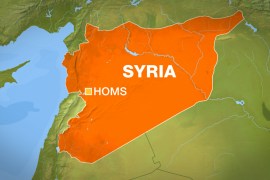 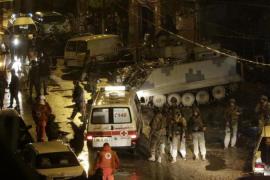 The first suicide attacks to hit the country in seven months have sparked concerns over increasing violence. 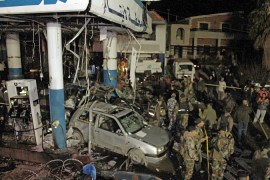