The US Supreme Court has deadlocked President Barack Obama’s plan to spare millions of undocumented immigrants from deportation with a tie vote.

The eight-member court split four to four on Thursday, but did not provide details about how or why justices had voted, effectively killing the plan for the remaining seven-months of his presidency.

Obama called the ruling frustrating to those who want to “bring a rationality” to the immigration system.

“For more than two decades now, our immigration system … has been broken, and the fact that the Supreme Court was not able to issue a decision today doesn’t just set the system back even further, it takes us further from the country that we aspire to be,” Obama said at the White House.

Though Obama predicted that an immigration overhaul is inevitable, he conceded that it won’t happen while he is president due to opposition from the current Congress.

Working to lay the groundwork for the next president to pick up the effort, he cast the election in November as a referendum on how the country would treat its immigrants.

“We’re going to have to make a decision about whether we are a people who tolerate the hypocrisy of a system where the workers who pick our fruit or make our beds never have the chance to get right with the law,” Obama said.

“Or whether we’re going to give them a chance, just like our forebears had a chance, to take responsibility and give their kids a better future.”

Obama’s 2014 plan was tailored to let roughly four million people – those who have lived illegally in the US at least since 2010, have no criminal record and have children who are US citizens or lawful permanent residents – get into a programme that shields them from deportation and supplies work permits.

The court, with four conservative justices and four liberals, appeared divided along ideological lines during oral arguments on April 18.

The ruling reflects the need to confirm a ninth justice, Obama said, blaming the Senate for failing to give a hearing to Merrick Garland, his nominee to replace Antonin Scalia who died in February.

Obama said that the order was necessary because Congress had failed to pass immigration reforms.

Speaker of the House Paul Ryan, the top Republican in Congress, said the court’s action showed Obama had overstepped his authority.

“The Constitution is clear: The president is not permitted to write laws. Only Congress is,” he said.

Obama insisted on Thursday that his administration would continue with its other immigration action that protects immigrants brought to the country as children from deportation. That programme was not under
consideration by the court.

Officials would instead continue to prioritise deportations for people who have committed crimes, those who recently crossed the border and threats to national security. 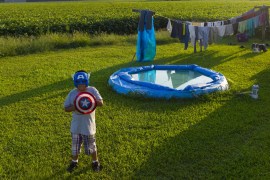 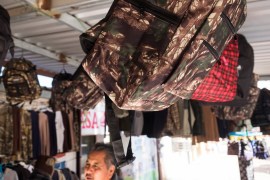 Sinaloa cartel rivalries present an omnipresent risk of extortion, kidnapping and death for migrants travelling through.