At least six Jordanian soldiers were killed after a car bomb exploded near the country’s border with Syria, Jordanian officials said.

The attack early on Tuesday in the al-Rukban district opposite a Syrian refugee camp, which houses about 70,000 people, was part of a coordinated attack involving multiple vehicles.

Officials told Al Jazeera that bombs exploded in the buffer zone between the Jordanian border and the camp in the desolate desert area.

“Six soldiers have been martyred and 14 others were wounded in the terrorist attack,” an official told the AFP news agency, speaking on condition of anonymity and adding that it was a “preliminary toll”.

The army said in a brief statement that “several of the attacking vehicles were destroyed”.

In an official statement on Tuesday, the country’s army chief declared northern and north eastern border areas with Syria as closed military areas.

The Islamic State of Iraq and the Levant (ISIL, also known as ISIS) controls large areas in neighbouring Syria and Iraq, and Jordan has fortified border defences to prevent attacks and infiltration attempts. 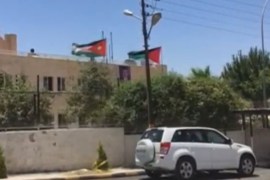 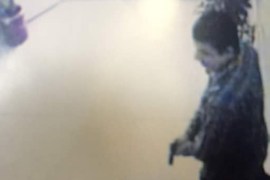 Arrest made in killing of Jordan intelligence agents

Suspect held for attack on security office near al-Baqa’a refugee camp in which five intelligence officers were killed.